Project spotlight: How Reading’s Thames Tower was made fit for 21st century 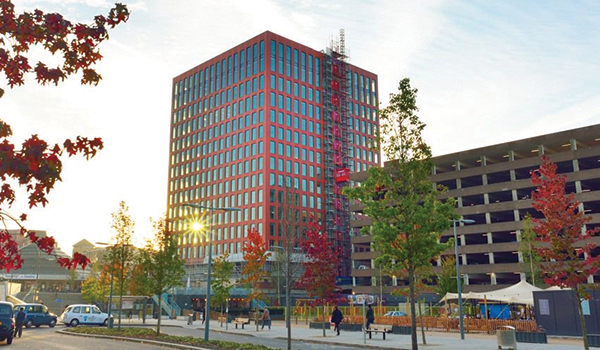 Redeveloping a prominent building in the centre of Reading came with the further challenge of adding four floors. Jai Sanghera from dn-a architecture reveals more.

The thrust of the £44m project was to redevelop and reinvigorate an outdated 1980s office block into a contemporary mixed-use work place for the 21st century.

Hence the key objective was to entice high-calibre forward-thinking companies looking for premises in an urban and vibrant location rich in amenities.

The design concept was inspired by the Guaranty Building – the first modern skyscraper designed by Louis Sullivan in Buffalo, New York – that is of very similar proportions to Thames Tower.

Various options were considered, including full demolition. The solution eventually chosen was to strip back to the frame and add four new steel-framed office floors, making it a more sustainable option.

The contract period is for 109 weeks, it is expected to be finished by the end of February 2017.

The main contractor for the 260,050 sq ft (GEA) tower is Bowmer & Kirkland and the client is Landid and Brockton Capital Partners. Others who worked on the building were Peter Brett Associates (structural engineer) and Shipley Structures (steelwork contractors).

What did the works entail?

The works included stripping the building back to its structural frame, the removal of the existing concrete upstand panels to all elevations and the screed on the existing floors to help lighten the frame.

Stiffening plates and brackets were installed at level 11, and a series of additional perimeter support beams were connected to the external edge of the existing columns, which all helped to reinforce the structure. 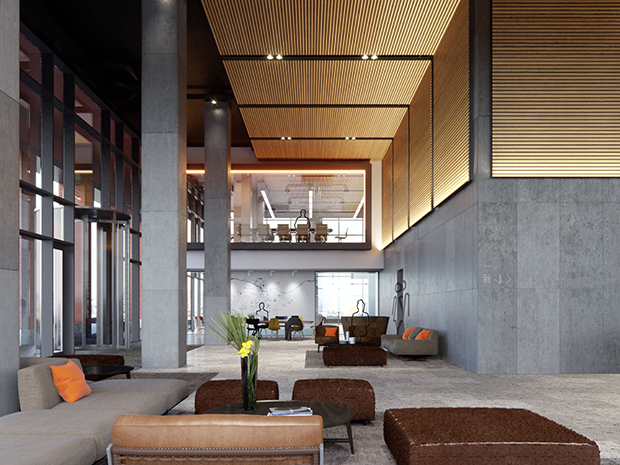 The building has been reclad with a new terracotta tiling system to mirror the red brick buildings in the town centre.

The four corners of the building were also altered to create a now perfectly square structure. This was achieved by installing a new steel column to each of the building’s corners with secondary infill framing. These triangular corner infills were subsequently metal decked and concreted throughout the full height of the building.

What was the biggest challenge?

Working within a tight site with the boundary line being critical as on the north and south elevations it coincided with the existing facade line. So early discussions were arranged with the cladding subcontractor.

Logistics and working with the various cranes on the project were also a challenge. Before the new four storeys at the top of the building could be built, the existing concrete frame had to be strengthened as it was decided that a tower crane was needed. But to get the tower crane on the roof, another 500-tonne mobile crane was needed.

What will you take to other projects?

Working closely with client and design team at all stages of the project is key to success and to pre-empt any challenges, you always have to be thinking laterally.

What will be the champagne moment?

The eventual decloaking of the cathedral-like spaces of the newly formed entrance lobby and the penthouse level with its south-facing terrace along with the painstaking resolution and attention to detail of the exposed services, resulting in a stimulating and uplifting workplace. 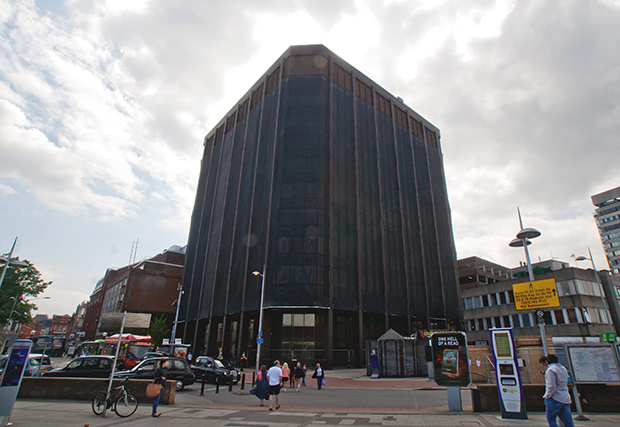 Image: Landid – The tower was an outdated 1980s block