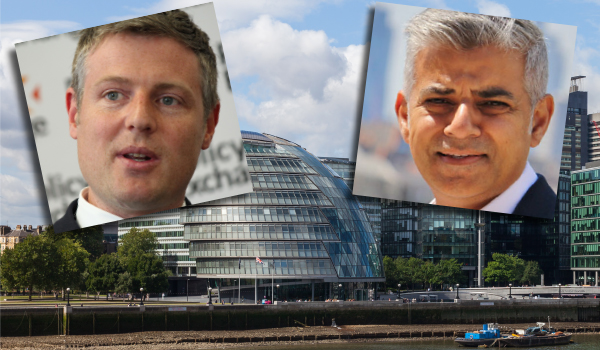 Still not decided who to vote for in the London Mayor election? Our guide to the candidates’ key policies on construction – and the industry’s views on them – will help you make your mind up.

Probably the biggest issue of the election. All the leading mayoral candidates support the business-led Fifty Thousand Homes campaign, though the detail on how to build that much new housing each year is sketchy.

Labour candidate Sadiq Khan has included a 50% affordability target for new homes, which Tory opponent Zac Goldsmith rejects, saying it would “make it harder to build and ultimately drive up the cost of housing”.

Any home-building strategy needs to be “based on reality,” says Paul Bogle, head of policy at the National Federation of Builders (NFB). “Just 20,000 new homes have been built annually over the last two decades despite an average yearly population increase of 120,000.”

Hitting the 50,000 homes a year target will require some major compromises by planners in the Greater London Authority and at council level, according to a study by planning consultant Quod and housing charity Shelter (see next section).

“The target would require an effective doubling of building output, [so] it’s going to require a great deal of ingenuity and pragmatism,” says Brian Berry, chief executive of the Federation of Master Builders. He also criticised Khan’s affordable housing target, saying it “would threaten to leave sites across London unviable”.

At a CIOB hustings event earlier this year, all candidates (and their stand-ins) argued for more housing, but felt that the green belt should be left untouched, and conceded that it was becoming harder to develop brownfield sites. They were not opposed to tall towers in principle, but said they needed controlling, though did not say to what degree.

Building high is seen as one fix for the shortage of development land. “The city needs the right homes for its communities and this will involve houses as well as high-rises,” says the NFB’s Paul Bogle. “For this reason, high-rises will become increasingly useful in tackling supply.”

Consultant Aecom calls for “intensified use of brownfield land in London itself”. However, the problem with championing brownfield construction is that, as the Quod/Shelter report noted, “there is practically no significant ‘derelict’ land [left] in London”.

The same study observes that councils such as Islington and Southwark own 40% of land within their boundaries, so redevelopment of council estates at higher densities could address both the homes shortage and poor quality of social housing stock. Perhaps controversially, it also suggests that a “controlled release of appropriate bits of green belt could be an effective way to deliver substantial numbers of new homes”.

Goldsmith’s manifesto has targeted small builders, with a pledge to give SMEs first right of refusal to build on small plots of public sector land in London.

Both FMB and NFB have reacted positively to Goldsmith’s idea. “At the moment, house building in London is dominated by a limited number of large firms,” says the FMB’s Brian Berry. “Goldsmith appears keen to rectify this. Doing so might go some way to speeding up build out rates and could help avoid having to take the politically unpalatable option of touching the green belt.”

“New homes can be delivered by SMEs on brownfield and infill sites very quickly,” adds the NFB’s Bogle. “SMEs are historically the best partners to deliver the homes communities need and they also deliver the most to the local economy.”

Neither of the two leading candidates back the expansion of Heathrow Airport, opposing the decision of the Airports Commission, with Goldsmith the most outspoken.

He has clashed with Khan over the latter’s plan for a price freeze on fares, saying it would leave a £1.9bn black hole in the Transport for London budget. On rail, all the main candidates support Crossrail 2. Khan has also given backing to the Bakerloo extension, even mooting the possibility of a third cross-London route to improve connections in south-east London.

The construction industry has grown increasingly frustrated by the inaction over airport expansion, with CIOB chief executive Chris Blythe saying after the hustings event this year: “Plenty of the candidates stated that London is the best city in the world, but if it is to remain so, then a positive decision needs to be made on building new runways for the capital’s airports.”

The FMB does not express a preference for airport expansion, but Brian Berry says: “We are urging the government to make a decision once and for all as soon as possible. This debate has already raged on for far too long while our transport infrastructure creaks under the weight of ever-more usage.”

Consultant Aecom says: “The vast majority (91%) of businesses responding to the 2015 CBI/Aecom infrastructure survey see a new runway in the south east as crucial or important.”

It called on the mayoral candidates to bring in the “necessary private investment to support the funding of new infrastructure projects”.

Caroline Pidgeon, the Liberal Democrat candidate, has announced a plan to establish a construction academy, to help skill-up workers for the required house-building programme.

Khan has suggested a similar initiative, and a “Skills for Londoners” taskforce, which would collaborate with businesses to identify emerging talent shortages.

The FMB’s Brian Berry feels “there is a lot to be said” for both the academy and the taskforce proposals, but hopes they would be “tailored to the specific needs of SME employers”.

“Bricklayers in London can now earn up to £60,000 a year, such is the severity of the skills shortage in the capital – this underlines the scale of the challenge facing the next mayor in relation to who will build the new homes London so desperately needs,” he adds.

“The industry needs to place a greater value on its knowledge and expertise,” says the NFB’s Paul Bogle. “This means working with clients so they have a greater understanding of costs – we cannot create a world-class environment and invest heavily in training on 1%-2% margins.”

“The lack of construction skills in the pipeline could damage the next mayor’s housing and infrastructure plans,” warns the CIOB’s Blythe.

Goldsmith has developed a reputation as a “green Tory”, and he backs the London Plan’s commitment to zero carbon homes, which require new homes to emit 35% less carbon compared to 2013 building standards.

Many industry groups have reacted with dismay to the Westminster government’s watering-down of environmental standards in new homes.

However, one major house builder – Linden Homes – takes a different view. It called for the next mayor to “refrain from introducing further legislation which would impose excessive costs on the industry” and “work with London boroughs to ensure local imposed requirements are subject to a rigorous and open review of need and viability”.