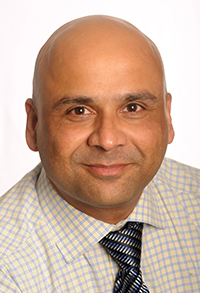 Following an extended period of speculation and delays, the new Construction Design and Management Regulations (CDM 2015) are finally coming into force on 6 April 2015.

As expected, the CDM coordinator role has been scrapped and a new principal designer role has been introduced. This has been on the cards for some time as the role has effectively become a bureaucratic exercise and many construction clients struggle to see any tangible benefits from it.

The need for bringing the CDM Regulations more inline with the relevant European Directive has resulted in the new regulations becoming applicable in full on practically all construction projects, regardless of size and duration. Moreover, the HSE appears to be under pressure to make the regulations simpler and easier to apply for the benefit of small construction-related businesses.

The question now arises whether the new regulations, as laid before parliament on 29 February 2015, have achieved the above objectives.

Analysis of the CDM Regulations 2015 in their current form suggests that to protect domestic clients from criminal liability, the HSE has unwittingly made the regulations more difficult to understand and apply compared to the 2007 regulations.

The threshold for clients to make the principal designer and principal contractor appointments now relies on the number of contractors appointed for the project instead of previous mainly duration based notification requirements.

In practice, this means almost all construction projects will require the above appointments, except for minor maintenance projects where no more than one contractor is required.

The situation will become more complex in the case of domestic client projects. If the client fails to make the principal designer and principal contractor appointments then the main designer and the main contractor will have to take on these roles by default. This potentially opens the door for undue and, on occasion, unsolicited legal liability for designers and contractors, which they may not have agreed any remuneration for. There will be non-standard project scenarios where these liabilities may be imposed on designers and contractors without their knowledge.

Under CDM 2007, the client on a construction project also had more protection from legal liability, provided they had appointed a CDM coordinator. They have now been left with a number of legal duties to fulfil, even after principal designer and principal contractor appointments, without any clear understanding or clarification as to who will assist them to fulfil these duties.

Small construction contractors, who previously may have never been involved in the principal contractor role, will now be frequently required to assume this role and, for domestic client projects, also fulfil the client duties. They have not been given enough time to become fully aware and ready to take such legal responsibilities.

While the new CDM Regulations help remove a perceived ineffective CDM coordinator role, their application does not appear to be easy to understand. There are a number of areas which could potentially lead to unfulfilled legal responsibilities on clients, designers and contractors.

I believe that there is a need in the industry for a better awareness and understanding of the CDM Regulations 2015 to ensure a successful and smooth transition from 6 April 2015.