Are we at last entering the battery age? 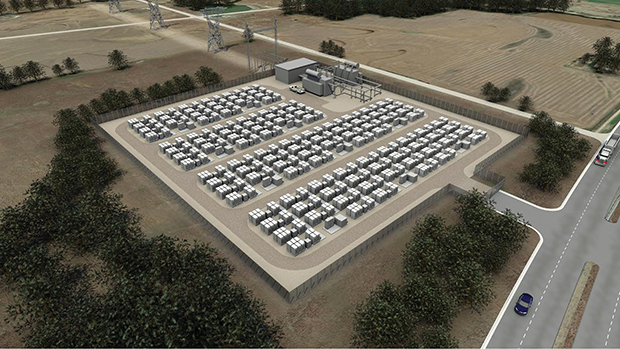 Tesla technologies look ahead to a new era of commercial storage.

Alongside improvements in photovoltaic (PV) generating technology, developments in battery storage technologies are set to change the economics of PV installations by allowing the energy generated by the sun to be stored.

Tesla, the electric vehicle manufacturer set up by PayPal founder and inventor Elon Musk, has used its battery expertise to develop the Powerwall and Powerpack energy storage devices for domestic, commercial and utility applications. It has already launched a 10kWh and a 7kWh version of its Powerwall home battery for domestic customers in the US.

The system is designed to be paired with a solar PV system to enable the homeowner to store the energy generated by the sun during the day to power the home in the evening.

Battery storage for domestic applications is relatively common in Germany as a result of government incentives. The rationale was not to encourage PV take-up but to smooth out the spikes in electricity flooding its national grid – on sunny windy days, Germany had more renewables generating capacity than its grid could cope with.

“The batteries allow the extra energy to be taken off the grid while enabling people to use the energy they have generated,” says Lauren Cook, policy analyst at the Renewable Energy Association.

Meanwhile, for the commercial sector, Tesla is set to launch a 100kWh Powerpack battery for use with large-scale solar applications. It has been successfully piloted at online retailer Amazon’s North Carolina data centre with the first full commercial applications installed early this year.

At the moment, however, the economic case for battery systems in commercial buildings that are occupied during the day is less clear cut. Tesla says that energy storage will also allow a business to control when and how it consumes energy – taking advantage of the cheapest tariffs and avoiding peak levies.

A spokesman told Construction Manager: “Storage can give a business more control over its energy consumption by allowing on-demand dispatch of the battery at the most optimal time for reduction of duos/triad charges and other demand charges.” 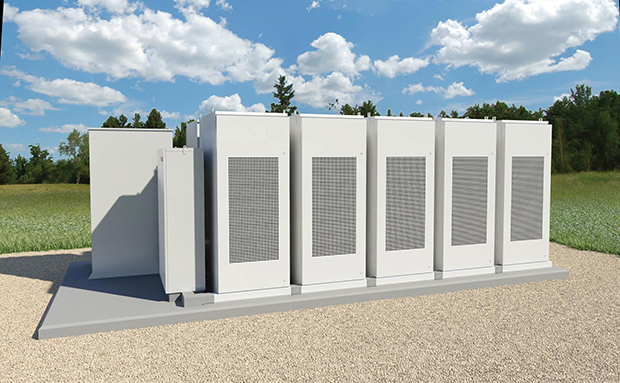 Top and above: Tesla’s Powerpack batteries have been piloted by Amazon in North Carolina

But Arup’s Rick Wheal believes the era of battery-powered buildings lies further ahead, in perhaps 20 years – when the UK has to deal with power shortages resulting from a lack of power stations and an intermittent renewable energy supply. “The situation might arise where companies are limited on the amount of electricity they can draw from the grid at certain times of the day, or through a dynamic tariff system to dissuade companies from using electricity at times of peak demand by trebling its price,” he warns.

Tesla is even working on grouping its 100kWh batteries into installations capable of storing 10MWh or more of electricity for utility applications. The battery could be installed at a substation to store excess capacity from renewables and dispatch it when needed, which could help curtail the UK’s reliance on dirty coal-fired power stations to balance the grid.

It could also help electricity distribution network operators defer costs of upgrading the infrastructure to cope with the energy generated from large number of renewables.

However, Photon’s Jonathan Bates says that there is a lot of talk about battery storage as the panacea for the PV sector post FiTs, but the technology is too expensive to work without a subsidy. “It will happen; there are increasing constraints on the grid which means that storage will play an increasingly important role in domestic, commercial and even utility scale applications,” he says. “Give it a couple of years – perhaps five from a technical perspective.”