BIM 2050 group: ‘future-gazing’ for the industry 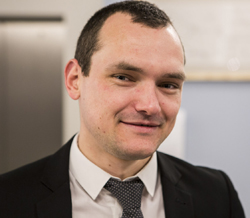 A new group of young professionals has been given the role of “future-gazing” construction in 2050 and working towards laying the foundations for the transformation that will be required.

The BIM 2050 group, brought together by the Construction Industry Council and including three CIOB members, is tasked with predicting how BIM will impact on the industry – from apprentice training to procurement – and suggest ways the industry should respond.

But its remit also includes examining other issues that will affect construction, including demographic changes, climate change and technological trends.

The 17-strong group made its first public appearance at a launch event this week. CIOB members Wes Beaumont (Kier), Daniel Lister (Miller Construction) and Chris Barker (Balfour Beatty) are joined by members of the RICS, CIBSE, RIBA, and ICE as well as the Association of Project Managers and the British Institute of Facilities Managers.

The group is chaired by David Philp MCIOB, head of BIM implementation for the BIS/Cabinet Office BIM Taskgroup. However, BIM 2050 is independent of the government’s BIM initiative. At the launch, Philp said the group would “steer the sector to a BIM-enabled future”.

The group has established three sub-groups working on three broad themes: Education and Skills; Culture of Integration; and Technology and Process. The group will engage with the wider industry through the various professional institutions, for example by holding or attending CIOB events, and is expected to produce a series of reports.

On the education theme, Wes Beaumont MCIOB, head of BIM implementation at Kier Northern, said: “Educating the next generation about BIM is a pre-requisite, but we can’t ignore the needs of people already in the industry. Young professionals and middle managers also need access to the right training on BIM.”

Outlining their work on the Culture of Integration, group member Rebecca Hodgson-Jones ICE, head of BIM at Sir Robert McAlpine, said: “Low levels of vertical integration mean that information just isn’t passed on, or isn’t available for future use, while fragmentation tends towards a culture of mistrust. That affects the profitability for the industry and the value proposition for customers.”

Speaking at the launch, the government’s chief construction adviser Peter Hansford highlighted the importance of BIM to the government’s modernising agenda. “I’m interested in BIM as a catalyst for a more collaborative and efficient way of working, and as an integrator across many of the initiatives we’re currently pursuing,” he said.

Hansford also cast BIM as a “USP” for British consultants and contractors overseas. “The UK has the most advanced policy-driven BIM adoption programme in the world, we’re at the forefront of BIM standards and adoption worldwide. So BIM supports the UK’s global industrial growth ambitions, and could be a key agent for economic growth in domestic and international markets.”