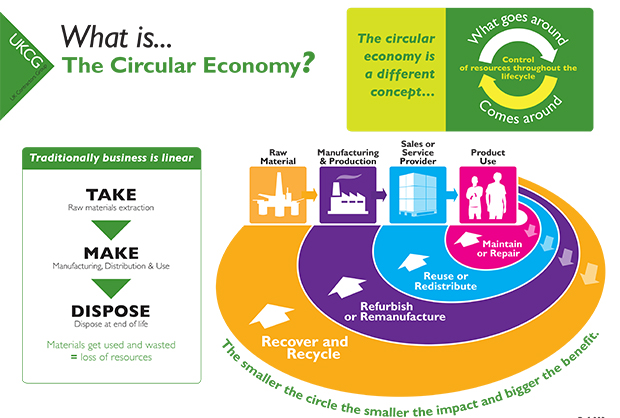 The UK Contractors Group is promoting a new concept in sustainable construction to its 30-strong membership: the “circular economy” where manufacturers and product companies sell “service contracts” for building components and commit to end-of-life recycling.

The material task group of the UKCG’s Environment Forum has published a new beginner’s guide to the idea, which could dramatically cut the industry’s waste levels and use of landfill sites.

The task group, led by Steve Cook of Willmott Dixon and Andrew Kinsey of Mace, drew on a discussion event held with sustainable campaign group Forum for the Future in February.

Kinsey told CM that isolated examples were starting to emerge, but the UKCG initiative is designed to stimulate more conversations between contractors, clients, designers and manufacturers about what can be achieved.

“Rolls-Royce will sell you aircraft miles, not an engine, and carpet company Interface will offer something similar. There are examples, but it’s not widespread, so this is the first step to explain what it’s all about. For instance, what are the barriers? What might unlock opportunities? What can UKCG do to help? Would it help if there were BREEAM credits available?” 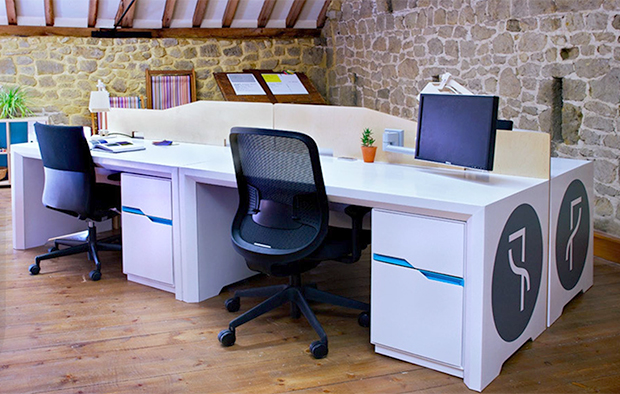 Kinsey also cited the example of a company that offers contractors cardboard site desks on a usage basis, taking them back for recycling or refurbishment at the end of a project’s life.

The Netherlands is the leading exponent of circular economy thinking, which Kinsey suggested was linked to the low availability of landfill space and high water table.

In the UK, the Ellen McArthur Foundation and Forum for the Future have also been active in promoting the concept.

Kinsey acknowledged that the circularity concept of ensuring every component is re-used or recycled raised insurance and performance issues. “It might not be straightforward to re-use a beam,” he suggested.

But he said the fundamental challenge was awareness. “There’s a whole bunch of people in the supply chain that need to get involved in this, it needs the client and the designers to buy into it, and the supply side to provide the services – without them, you can’t do anything.

“But it will become more important over time because of the availability of resources, and in the future, the landfill option probably won’t be available,” he warned. “In the UK, we are rapidly running out of space, and already there are the landfill tax escalators [which raises the cost of landfill each year].

“So we’ve created this collateral and a statement on what we’re all trying to do, so that we can act as a 30-strong group representing a larger volume of work to the supply chain.”