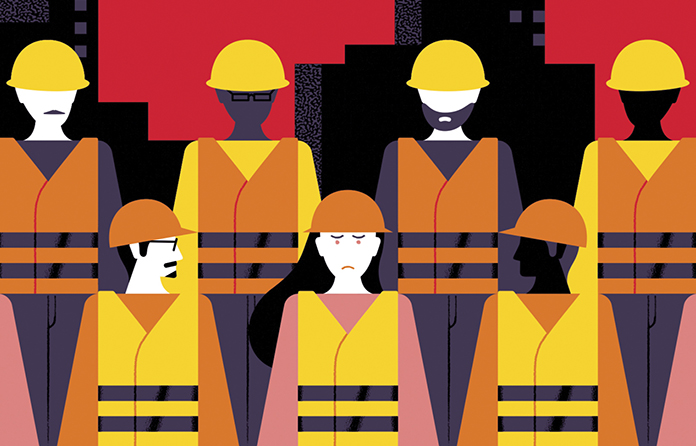 The recent furore in Hollywood and Westminster has put sexual harassment in the public spotlight. Construction, a male-dominated industry, needs to be careful, writes Tania Goodman. 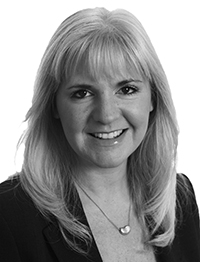 Construction is well known as a male-dominated industry, where being female or LGBT can put an employee at a significant disadvantage. The less transparent forms of discrimination include lack of career progression and disparity of pay.

The more noticeable manifestation is sexual harassment, a topic that has been highlighted in recent months in Hollywood and then Westminster.

A survey undertaken by PwC for equality campaign Opportunity Now highlighted that 59% of women aged between 28-40 in construction said they had suffered bullying and harassment, while 22% of respondents reported that they had experienced sexual harassment.

There is justifiable pressure on the construction sector to adjust its cultural attitudes, not only to improve its image and try to appeal to a more diverse and talented workforce – but also to discourage potential sexual harassment incidents.

So what practical steps should construction companies take to stop sexual harassment from happening in the first place, and how should they deal with the repercussions that follow when it does?

The definition of sexual harassment is set out in the 2010 Equality Act, namely: unwanted behaviour which violates dignity, makes the employee feel intimidated or humiliated and creates a hostile or offensive environment. It includes sexual comments or jokes or banter about sexual orientation, sexual advances and touching, displaying pictures or photos of a sexual nature, and sending messages with sexual or pornographic content.

The act says employers have a duty to stop colleagues harassing each other at work and this includes related social events such as drinks in the pub or at the office party.

“If the victim is not satisfied that their employer has dealt with the matter, they can bring a claim in an employment tribunal.”

Construction companies should have a clearly stated policy on their zero-tolerance approach to this sort of misconduct, which should be highlighted to employees during their induction and through equality and diversity training during their employment.

It would be prudent to ask them to sign and date a document confirming that they have read and understood the policy as this could provide the employer with a statutory defence in the event that the employee disregards it resulting in a claim against both the individual and their employer.

It is important to remember that harassment can also be based on other protected characteristics, such as race, national origin, age and disability and this should be covered in the training.

Although the alleged harassment is by a non-employee, the subcontractor is still required to investigate the complaint and take remedial action to prevent further harassment. This can be difficult to address and would almost certainly require communication and cooperation with the alleged harasser’s employer – the main contractor.

In the event that a grievance or claim is raised, the employer should follow its published policy and investigate in a timely manner in order to decide whether to press disciplinary charges against the alleged offender that could result in their dismissal for gross misconduct.

If the victim is not satisfied that their employer has dealt with the matter, they can bring a claim in an employment tribunal for sex discrimination and harassment, although this claim must be issued within three months, less one day of the offending act. The employee usually claims against both the employer and the alleged perpetrator.

If an employer can show that it took all reasonable steps to stop employees from harassment, it is less likely to be held liable and can claim a statutory defence, leaving the harasser to pay any compensation that is awarded.

For employees who are victims of sexual harassment, depending on the nature of the incident, they should make the instigator aware that they are unhappy with the behaviour, by confronting them directly or indirectly via a colleague speaking on their behalf.

If the harassment continues, they should alert their site or line manager, or human resources department, and consider raising a complaint, having made a note of every incident that occurs. Without good evidence or a compelling witness to provide backup, it can be difficult to prove a case of sexual harassment as it is often one person’s word against another.

It can be especially difficult to establish where alcohol has been consumed at work-related social events where recollections are often different.

Latest articles in And Careers