Construction defects similar to those that led to the Edinburgh schools debacle have been found in at least 71 schools across Scotland. 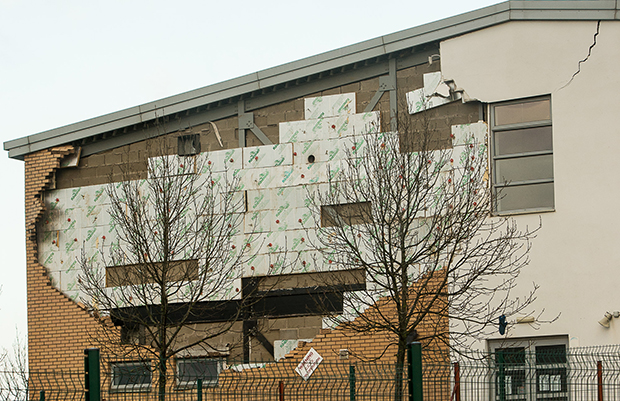 A BBC investigation has found similar defects that led to the closure of 17 schools in Edinburgh in schools across various cities, bringing the total number of dangerous schools to 88. However, this could yet go higher as 11 councils questioned said they had not done full surveys and one – Highland Council – did not respond to Freedom of Information requests.

BBC Scotland asked all of the country’s local authorities if repair work involving wall ties or “significant structural issues” had been done at PPP schools, or others built under schemes such as non-profit distributing  or “design and build”, in the past 18 months.

The found relevant work was done at 71 schools in 15 local authority areas.

CIOB President Paul Nash, who highlighted the need for the industry to come together to tackle the issue last month, said: “The news that a further 71 buildings have been found to have similar defects as the Edinburgh schools further underlines the need for industry to act now to understand why this happened and prevent it from ever happening again.

“CIOB, in collaboration with the other industry professional bodies, is working with the Scottish government to respond to the findings of the report.”

While CIOB chief executive Chris Blythe added: “The reports by the BBC into the Scottish school faults alongside the evidence from Edinburgh creates a depressing picture that asks some very serious questions of the management and supervision of building process.

“This is not a question of the top level procurement methodology, but a simple case of only proceeding to the next stage of building when after appropriate checks on quality and fitness for purpose have been confirmed.”

Glasgow was the city where the most work had to be done, with 23 schools affected, including 22 built through PPP programmes and one under design-and-build.

Construction challenged to act on quality

The problem first emerged last year when building defects were found in 17 schools in Edinburgh, forcing closure for safety reasons.

Five secondaries, 10 primaries and two additional support needs schools were shut due to concerns over structural issues. All of the schools, which were about 10 years old, were built by Miller Construction under the same £360m PPP contract.

Following the closures an independent inquiry was commissioned by the City of Edinburgh Council to be headed up by Professor John Cole.

The subsequent report, published in February 2017 found that the root cause was poor workmanship that went unchecked. Defects included the poor quality of bricklaying, inadequate supervision of the bricklaying, and deficiencies in quality assurance processes on site.

Cole, an experienced architect from Northern Ireland, said it was only luck and timing which prevented death or injury when nine tonnes of masonry fell on an area where children could easily have been standing or passing through.

This issue of lack of adequate supervision and poor construction quality is something Construction Manager has highlighted over the last few months.

Last month Kevin Stewart, minister for local government and housing in the Scottish Parliament, convened a summit of professional bodies – including CIOB and Institution of Structural Engineers – and construction experts at which he expressed his grave concern over the issue and challenged them to take action.

Speaking to CM last month, a Scottish government spokesman said: “The safety of people in public buildings is an absolute priority. That is why the Housing Minister has written to all local authorities highlighting the issues and recommendations the Cole Report raises and underlining the importance of adhering to building regulations, technical standards and the inspection processes which are in place to protect the public.”