Dame Hackitt’s investigation was originally announced as an independent forward-looking review of building regulations and fire safety as part of the ongoing response to the Grenfell Tower disaster.

Her final report published in May 2018 concluded that the current Building Regulation system is not fit for purpose and set out a series of changes that were presented as fait accompli. It was made clear that the report needed to be implemented in its entirety and that ministers could not pick and choose recommendations. 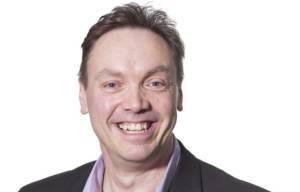 This has led to many, including David Lammy MP questioning whether the report met its brief, if it understood the reality of the construction industry and even if it was in itself fit for purpose.

Almost immediately after publication, Dame Hackitt was cross examined and admitted that she had neither looked at the technical guidance in Approved Documents nor the specifics of Grenfell and went as far to say she “was not an expert”.

The housing secretary has also moved to confirm that government funding for cladding replacement will be conditional on it being non-combustible, indicating a dissatisfaction with the report’s failure to tackle such technical issues.

So what does the report actually say and why is it so controversial?

Well firstly it should be pointed out that the report does contain many good recommendations, such as a requirement for plans to be approved prior to works commencing and increased enforcement powers to improve compliance, which are all welcome.

These have, however, been around since the Future of Building Control Implementation Plan published in 2009, but which have never been enacted, so this is hardly ground-breaking new thinking.

The biggest change in thinking in Dame Hackitt’s report is the creation of a two-tier system, whereby high-rise buildings will be subject to a different system to other buildings and which creates a seemingly arbitrary 10-storey cut-off point. This immediately draws criticism as it fails to consider other high risk buildings such as hospitals, schools or even nursing homes.

Dame Hackitt’s plan would see a new regulatory body set up combining the expertise from Local Authority Building Control, the Fire Service and her former employers at the Health and Safety Executive. However, it was exactly these same organisations that were involved in overseeing the refurbishment of Grenfell Tower and who seemingly signed it off as compliant.

Another big criticism of the report is that seems to have been produced in isolation from the Grenfell inquiry and has not been informed by the expert contributions to that inquiry. In particular one of those experts (Dr Barbara Lane) raises concerns that neither the design team nor the relevant authorities had any knowledge of the fire performance of the actual systems used on Grenfell Tower.

If true this is a shocking revelation and suggests that the issue is less about the system that Dame Hackitt has been so focused upon and more about the competency of those within it.

It is also astonishing to learn that there had been no specific expert appointed to review the actual application and inspection process that allowed Grenfell to be signed off as compliant with Building Regulations.

Again, Dr Lane in her expert report explains that this is an area that she will need further advice upon during phase two of the inquiry. As a result, on June 3rd 2018, the main inquiry finally appointed a building control expert (Beryl Menzies) to report specifically on the application process for building control approval in relation to Grenfell Tower, and we await those findings.

In conclusion, the report seems to have been premature, lacking technical content and without expert review of the process.

Therefore it arguably failed to meet its original brief, and focused instead on a pre-conceived idea of how the construction industry should reform to match other industries that Dame Hackitt was more familiar with. These may in time turn out to be the correct assumptions, but to present the report as the conclusive and only way forward has rightly drawn criticism.