ONS checks reliability of its own construction stats

The government’s official statistician is investigating the accuracy of its own construction figures.

The Office for National Statistics (ONS) said its output estimates, when compared to other industry surveys, “painted a different picture of the underlying performance of the construction industry, raising questions about quality and accuracy”.

The ONS has produced an interim report examining why the Markit construction purchasing managers index (PMI) has risen every month for almost three years, whereas its own figures show falls in output during four months in the past year.

The ONS said “there are clear conceptual differences between the underlying methodologies” so it is not surprising that “the two measures sometimes give different signals”.

The Markit/CIPS survey takes a sample of around 170 firms, and therefore is quicker to compile, while the ONS surveys approximately 8,000 businesses, and drills down into more detail across sub-sectors and regions. 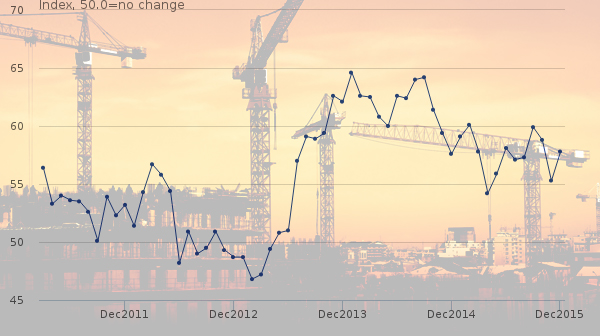 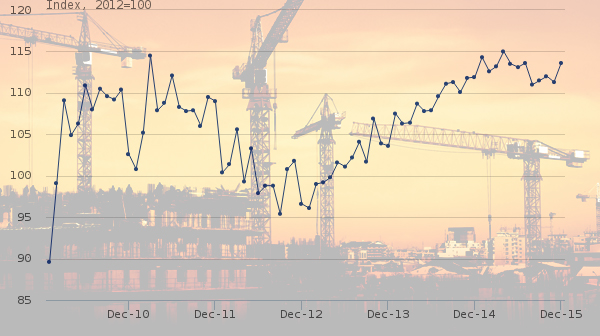 “Both measures offer the user something different; the Markit PMI is the more timely estimate, but our slower release of data enables us to provide a more comprehensive coverage of the sector,” the ONS said.

The organisation’s next steps will be to determine why the ONS and Markit CIPS measures diverge; analyse the effects of SMEs on both measures; and take a wider look at other industry measures, such as the state of trade survey published by the Federation of Master Builders (FMB). It will provide an update on this work in July 2016.

There has long been a question mark over the veracity of the ONS statistics, and industry groups welcomed the news that the methodology behind the numbers is being scrutinised.

Eddie Tuttle, principal policy and public affairs manager at the Chartered Institute of Building (CIOB), said: “It’s positive to see that the ONS is investigating the accuracy of its figures for the construction sector. One of our primary concerns is that the official classification of construction is too narrow and underestimates the importance of the wider industry, excluding materials and components produced offsite and, in a lot of cases, the work of architects, engineers and project management services. To most people in the industry this seems at odds to the work they do.”

The CIOB highlighted its concerns in a recent response to the ONS consultation on Construction Price and Cost Indices.

Paul Bogle, head of policy and research at the National Federation of Builders (NFB), said: “It is an issue we have been keeping an eye on. The ONS figures tend to be representative of larger companies whereas other industry surveys reflect what’s happening with SMEs.”

FMB chief executive Brian Berry said: “Over the past few years, ONS figures and our state of trade survey have broadly correlated, however there has, at times, been a big difference between the extent of any peak or trough.

"There have been issues with both the ONS construction output statistics and the Markit CIPS figures when compared with the industry surveys of activity in the construction industry. It is good that the ONS will be broadening their comparison of ONS and Markit/CIPS to take account of other construction surveys."

“This may well be down to the nature of our survey, drawing as it does on SMEs working on largely small-scale projects with quicker turnaround times, which contrasts with the far broader range of construction work that the ONS considers in its results.”

Noble Francis, economics director at the Construction Products Association (CPA), said: “There have been issues with both the ONS construction output statistics and the Markit CIPS figures when compared with the industry surveys of activity in the construction industry. It is good that the ONS will be broadening their comparison of ONS and Markit/CIPS to take account of other construction surveys.

“The Markit/CIPS survey is used by a lot of market analysts as it is very timely (straight after the month end). The ONS construction output is on a far greater sample and is more detailed, however, because of this, it takes longer to survey and publish. Also, it can often be revised due to late responses.

“Of greater concern, the ONS introduced an extra company from services (presumably support services) into the infrastructure sector, adding an extra £150m to £200m per month from March 2015. Take this out and, according to the ONS, construction output has been broadly flat over the past 18 months. That isn’t in line with the industry surveys at all.”

The FMB’s Berry added: “To its credit, the ONS used to be regularly lampooned for the inaccuracy of its statistics and there has been a real drive to improve. The ONS recently approached the FMB to request our assistance in developing their understanding of how the construction prices work.”

The FMB is one of a number of industry organisations invited to the Consultative Committee on Construction Industry Statistics (CCCIS), a new forum set up by the Department for Business, Innovation & Skills and the ONS to help address concerns about the accuracy of industry surveys. Other bodies who have attended include the NFB, the CPA and the National Specialist Contractors’ Council.