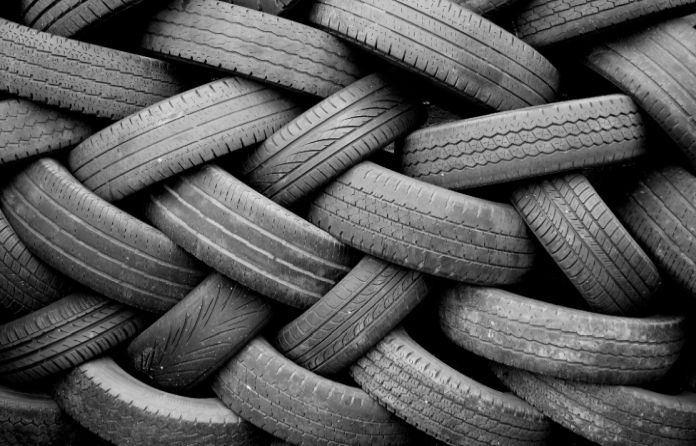 Materials recycled from old tyres have been successfully tested as a new way of protecting concrete from fire damage.

A team of researchers at the University of Sheffield used fibres extracted from the textile reinforcement commonly embedded into tyres to guarantee their performance. Adding these fibres to the concrete mix was shown to reduce the concrete’s tendency to spall – where surface layers of concrete break off – explosively under the intense heat from a fire.

But the Sheffield study is the first to show that these fibres do not have to be made from raw materials, but can instead be reclaimed from used tyres. The results are published in the journal Fire Technology.

“We’ve shown that these recycled fibres do an equivalent job to ‘virgin’ PP fibres which require lots of energy and resources to produce,” said lead author Dr Shan-Shan Huang, in the Department of Civil and Structural Engineering at the University of Sheffield. “Using waste materials in this way is less expensive, and better for the planet.”

The fibres melt under the intense heat from a fire, leaving networks of tiny channels. This means that moisture trapped within the concrete is able to escape, rather than becoming trapped, which causes the concrete to break out explosively.

“Because the fibres are so small, they don’t affect the strength or the stiffness of the concrete. Their only job is to melt when heat becomes intense. Concrete is a brittle material, so will break out relatively easily without having these fibres help reducing the pressure within the concrete,” said D Huang.

Protecting the concrete from fire spalling means that steel reinforcements running through the concrete are also protected. When the steel reinforcements are exposed to extreme heat they weaken very quickly, meaning a structure is much more likely to collapse. The Liverpool Waterfront Car Park suffered this kind of damage during a fire in 2017, leading to the entire structure eventually having to be demolished.

Collaborating with Twincon, a Sheffield-based company that develops innovative solutions for the construction industry, the researchers have also developed technologies for reclaiming the fibres from the used tyres. This involved separating the fibres from the tyre rubber, untangling the fibres into strands, and then distributing them evenly into the concrete mixture.

The team plans to continue testing the material with different ratios of the fibres to concrete, and also using different types of concrete. They also plan to find out more about how the materials react to heat at the microstructure level. By scanning the concrete as it is heated, they will be able to see more precisely the structural changes taking place inside the material.