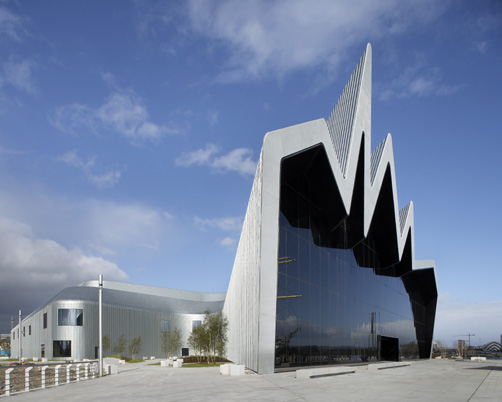 Today sees the press opening of the Glasgow Riverside Museum, the first UK cultural building to be designed by Stirling Prize winning architect Zaha Hadid and one of the most technically challenging construction projects of recent years.

‘It’s been over three years in the making, but I think the design is ambitious and a truly remarkable addition for the city’, explains BAM Construction Manager Jim Ward, who built the £74m project.

Funded by Glasgow City Council and the Heritage Lottery Fund, 7,800sq.m transport museum on the River Kelvin highlights the city’s great transport past, exhibiting full-size buses, trams, locomotives, and even boats. The building’s distinctive roofscape looks like the city’s skyline of church spires, but the huge open internal spans for the museum meant that the roof design was a real problem for the contractor, especially as this was part of the ‘Contractors Designed Portion’ of the JCT contract, putting the onus on them to deliver it. ‘Constructing the form of the steel roof spanning over the exhibition space was an incredibly complex process’, he said, given it’s shape, ‘but we still managed to build and deliver it for £10M’. 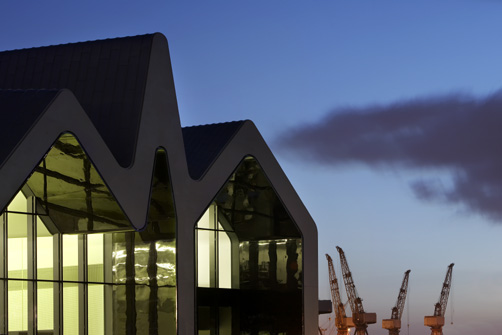 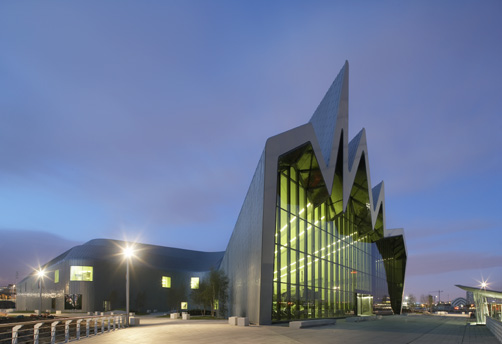 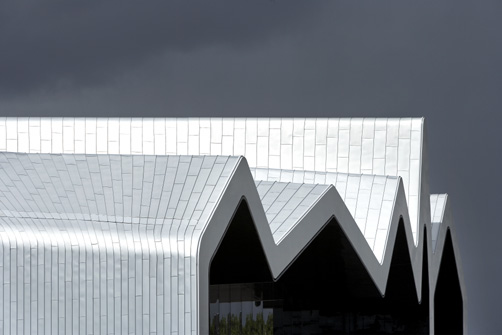 Ward admits that initially the contractor was suspicious of the architects abilities to pull the project off but said that ‘after the first couple of months, we knew that they were up to the task…as it turns out the 3-D model that they produced at the beginning is pretty much as the building turned out’.

Despite having been 146 weeks on site, today’s opening marks Hadid’s, as well as the press’s first viewing of the building, which is covered in over 24,000 shiny zinc panels to reflect Glasgow’s industrial past. And as the City Council intended, Ward thinks it’s due to become another icon for the famously design-conscious city. ‘I think the design is outstanding- it’s industrial but handcrafted, and really showcases the construction industry at its best’, said Ward. Structural engineer for the museum is Buro Happold and cost consultant Capita Symonds. The building officially opens to the public on June 21st.

Story for CM? Get in touch via email: [email protected]ng.co.uk