Is NBS becoming the Google of BIM? 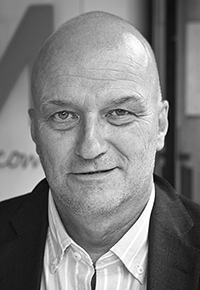 John Eynon FCIOB welcomes three new BIM initiatives from NBS, but warns that we will need the stimulus of competition.

“Well we’ve reached Level 3!” So said guest speaker David Philp, head of UK BIM, at the launch of the NBS BIM Object Standard earlier this week. Less excitingly, Level 3 was in fact a reference to the launch venue being held on the Level 3 deck of the National Theatre on London’s South Bank – a much nicer venue than most BIM events I’ve been to recently!

The launch of the NBS BIM Object Standard is to be welcomed. It sets a benchmark for manufacturers and designers on the format and properties of BIM objects in a Common Data Environment. It sets a standard that most, if not all, will hopefully want to comply with. Consultation has been fairly broad across the industry: the group of contributors is impressive, including well-known figures in the UK BIM community and several leading BIM software houses. There is also a nifty app by Solius, which can be used to access models and data.

The 44-page standard itself is comprehensive and well worth a read, the level of detail and clarity is exemplary. The main section outlines how a BIM object should be structured, covering its general, information, geometry, functional and metadata requirements.

And if you were waiting for the “but”, it’s coming now…

NBS has led the field in terms of classification and building information for over four decades. I can remember when the NBS was kept on a set of jealously guarded five inch floppy discs! Others, such as Barbour Index, have tried to compete and failed at various times. But look at NBS now: moving on from its subscription data services it’s given us NBS Create specification software, and the NBS National BIM Library (free for designers, but manufacturers signing up to deposit their BIM Objects in the database pay a fee).

The NBS BIM Object standard can be downloaded here

So to be fair to NBS and parent company RIBA Enterprises they have not rested on their laurels, but have continued to innovate and develop their products.

The recent award of the Innovate UK (formerly the TSB) contract to RIBA Enterprises and its team for the NBS BIM Toolkit to implement the Level 2 Digital Plan of Work, as well as the related project to complete the BIM Classification system, raises a few issues here, together with the launch of the BIM Object Standard and the growing pre-eminence of the National BIM Library.

As we have seen from the tech giants like Google, Facebook, Twitter and others, there’s money to be made in information… The NBS BIM Toolkit, a mandatory model checking system for public sector BIM projects, will be free at the point of use. But the likelihood is that NBS will also offer paid-for add-ons to the free service, creating an income stream. And while there will be no cost for manufacturers or design practices that decide to start using the BIM Object Standard, subliminally, will it make them more likely to start using NBS Create or the National BIM Library?

A while ago the dominance of Autodesk was voiced as a concern by many, but with the advent of OpenBIM, more prevalent use of IFC and also the software houses actually working together, the climate has changed. Full and true interoperability is still some way off but we’re travelling down that road.

But on the standard and the digital tools competition, RIBA/NBS could be seen to be developing market dominance. Dominance, for a while, could be good. We need standards, consistency of practice and uniformity in use of data. Anything that pushes/pulls us along that path has to be good.

But there isn’t really a viable competitor to NBS in that territory. And once people get into a monopoly or dominant position, does innovation slow down? Those that remember the VHS/Betamax war will know that once VHS won out, innovation stopped. Yes we got a few more buttons, but the technology entered an evolutionary cul-de-sac, never to re-emerge. Or to take another example, would Microsoft and Apple be where they are now without each other? If you think back, it was thanks to Apple that Microsoft developed Windows.

I hope that RIBA Enterprises and NBS will continue to set the standard, but at the same time endeavor to speak for and listen to the industry, and innovate and develop at the same time.