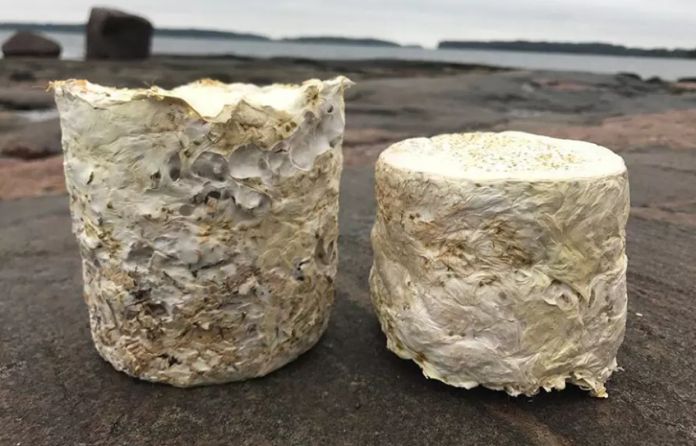 A UK entrepreneur developing mushroom-based insulation and other biological materials for the construction industry has won an international award for innovation.

Ehab Syed, who founded his company Biohm in 2016, says the insulation will be available for sale in the coming months and that he has been in discussions with Tata Steel, Heathrow Airport and some of the UK’s top housebuilders to use his materials.

His team has developed building insulation made of mycelium – the vegetative part of a mushroom – which he says has superior insulation qualities, is naturally self-extinguishing, feeds off waste while it grows, and purifies the air once in place.

Biohm explores “biomimetic” construction techniques that are “completely natural, biodegradable and vegan”, according to Northumbria University, Newcastle, where Syed is studying for a PhD in architecture.

“My vision is quite ‘out there’ for the construction industry, so it was very surprising to win the COINS award, but also very interesting to see that the industry is ready to embrace biological materials when you can find a way to make it work,” Syed said.

Mycelium insulation blocks are made by letting the fungus feed on a substrate such as sawdust and grow into a shaped mould.

Filaments fuse together quickly and the growth can be stopped when the substance is dried, “creating a rigid material which can be sanded and painted”, according to this article by London’s The Building Centre.

“We’d like to lead the construction industry to a biomimetic future, where everything is inspired by natural processes and biological systems. This will allow us to create a much more energy efficient, resource efficient and healthier built environment,” Syed said.

Biohm has also developed an interlocking construction system called Triagomy, based on the molecular structure of carbon, which enables walls to be easily moved and rooms added to existing buildings with little fuss.

Syed claims that if just 150 buildings were constructed with biomimetic techniques each year in the UK, it would reduce the country’s energy consumption by 300 million kilowatt hours and divert 10 million tonnes of waste from landfill, saving £5bn annually.

He combines his PhD work with running Biohm, dividing his time by working for the company between 9am-4pm and then studying from 4pm-10pm.

“It’s full-on,” he said, “but it’s something I’m really enjoying and passionate about.”

He is attracting attention. Within four months of beginning his PhD, Syed won the Materials for Architecture Young Researchers Forum 2018 Prize and he has just won a Shell LiveWIRE Smarter Future Programme award.

He was also shortlisted for the United Nations’ Young Champions of the Earth award, where he was one of just five finalists selected for the European region.