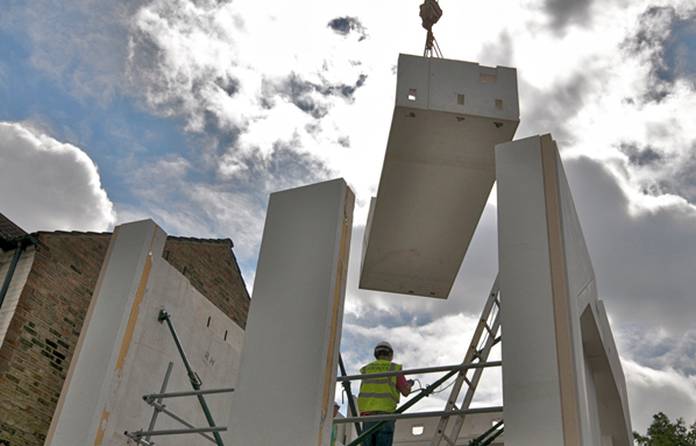 The chair of the House of Lords Science and Technology Committee has called on the government to offer more concrete commitments to offsite construction, following a parliamentary debate yesterday.

Peers gather for the debate in response to a report by the House of Lords Science and Technology Committee’s report Offsite manufacture for construction: building for change, which was published in July this year.

Committee chair Lord Patel set out the key points of the report before asking Lord Henley, parliamentary under secretary of state for Business, Energy and Industrial Strategy, who was responding on behalf of the government, for details about a clear forward plan to drive the uptake of offsite construction, and clarity on the government’s plans for its presumption in favour of offsite manufacture when procuring public contracts.

Lord Henley welcomed the report, saying: “We believe that technologies such as this should be rapidly commercialised and adopted by the sector. That is an objective the government are fully committed to. It is at the heart of our strategy for the sector, as set out in the construction sector deal."

He added also indicated that the government would be providing an update on the progress of its construction sector deal, set to be published in July 2019.

But in concluding the debate, Lord Patel called for more commitment from the government.

He said: “He [Henley] gave us a lot of reassurances. That is good. He also indicated one or two other developments that are occurring. That is also good to know. Some of us might have felt that we were probably looking for real and tangible commitments from the government, rather than reassurances.

“However, I am encouraged that the report to be published in a year’s time will address all the issues that were highlighted, and I am glad that the minister at least felt that the debate and the report were constructive in taking forward the issues of off-site construction and the presumption in favour, which was one of our key recommendations. It is good to know that the five government departments will now have to take this forward but I hope we will hear from the government more commitment to driving this agenda forward if that does not happen, and how that will be done.”