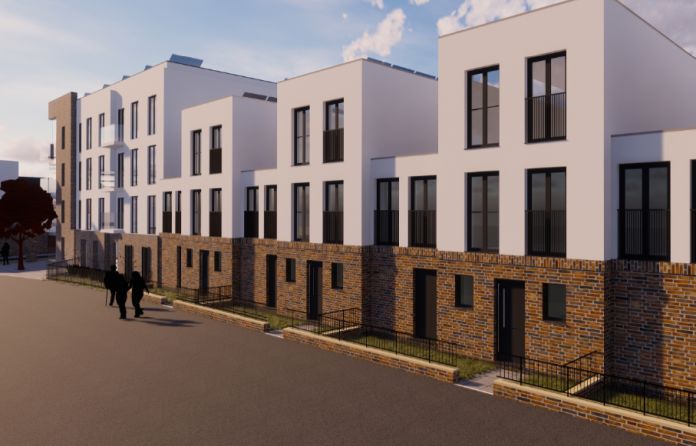 Modular homes builder Project Etopia is to build 47 eco-homes as part of what it claims is London’s first modular commuter village.

The homes in Corby, Northants, will be constructed using Project Etopia’s structurally insulated panel system 4wall, which is manufactured in a factory and then transported to site. Each unit takes a total of around six to eight weeks to build.

Groundwork for the £14.6m project will start in this month, while construction for the 47 homes, comprised of 31 houses and 16 apartments, will begin in February.

They will be equipped with E-Smart technology, giving owners the power to control the lighting and blinds. They will also have a system allowing them to generate and store their own electricity.

Four homes will be ready by March, with the first 10 homes at the Priors Hall Park development expected to be ready by July. All homes are due to be completed by autumn next year.

Corby aims to grow its population from 50,000 to 100,000 by the early 2030s. It is already popular with young workers commuting to London, which is as little as an hour and ten minutes away by train.

Community interest company Electric Corby was the first to begin laying down plans for a development of new homes on the site that would be totally energy self-sufficient, back in 2013.

Working with an eco-home provider, it secured funding from an EU scheme that supports the incorporation of energy and storage technology. But other financial backers did not materialise. It left the project at risk of folding altogether beforeProject Etopia stepped in and bought the site.

“Corby is leading the way in showing how villages of the future should be built. Modular building is now so advanced, it is senseless to cling to bricks and mortar, which takes longer to build and is far more expensive.

“With a desperate need for more housing stock around the country, it is vital developers and investors finally let go of preconceptions of modular building. These are homes people really want to live in and they present huge environmental benefits from being energy neutral to requiring less on-site traffic during the build.

“However, a lack of acceptance for alternative building methods was enough to almost drive this development into the ground.

“The reality is these homes have more Internet of Things technology than the average traditional new build and that also plays a role in keeping energy consumption down.

“Commuter villages like this offer younger would-be homeowners the wage benefits of working in the capital but without the high property costs, and Etopia Corby will be a model other councils can follow.”