Light at the end of the tunnel on building quality?

Paul Everall from Local Authority Building Control (LABC) on what can be done to improve the quality of new house building. 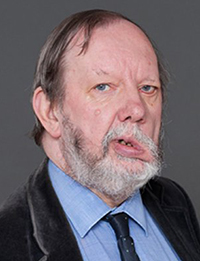 There is no doubt that this is a topic which has received renewed interest in the last year – and not just in relation to houses, given what has been discovered about schools in Scotland following the collapse in Edinburgh last year.

The government may well be right in stating that we need an extra 250,000 new homes each year, but in delivering this the industry must ensure that they are properly built and not storing up problems for the future. There have been occasions in the past when the rush to build has led to serious defects being discovered later, which can be a tragedy for the occupiers affected.

It is surely unacceptable that 98% of the owners of new homes reported snags and problems with them, as the Home Builders Federation has found in a recent survey. Some 25% reported more than 16 such issues.

Overall 84% of owners were satisfied with their new homes, down from 85% in the previous year and 90% a few years earlier. Some companies like Bovis seem to have experienced particular difficulty in maintaining quality standards. I know that the Federation and its members recognise the importance of doing better and are seeking ways to address quality, but clearly much remains to be done.

The role of Building Control

The Building Regulations, of course, do not cover all aspects of quality, but the minimum standards they set for things like structural stability, fire safety, energy efficiency and acoustic performance are vitally important. The primary responsibility for complying with the Regulations rests with the builder, but the role played by Building Control bodies – whether in the private or public sectors – is an important check, particularly now that clerks of works are not often employed on site.

At LABC’s annual conference in March this year, the housing minister, Gavin Barwell MP, praised the work done by the Building Control teams in local authorities, and said that we are part of the solution in delivering build quality and not part of the problem. We must now live up to that praise.

And Building Control has already changed. From 1 April this year, in relation to applications made after that date, Building Control bodies are required to include certain information in the records they make when visiting sites, and they must then make available, on request by the homeowner, what those records contain.

“At LABC’s annual conference in March this year, the housing minister, Gavin Barwell MP, praised the work done by the Building Control teams in local authorities, and said that we are part of the solution in delivering build quality and not part of the problem. We must now live up to that praise.”

There has been criticism in the past that all the homeowner gets is a certificate saying the building complies with the Regulations, and if defects subsequently occur, quite understandably the owner wants to know if any significant issues arose during construction which needed to be remedied.

These changes will correct that, although, as usual where there are transitional provisions, it will be some time before they have any practical effect.

What caused the government to make these changes to the Building Control performance standards? Last year the report of a commission of inquiry conducted by the All-Party Parliamentary Group for Excellence in the Built Environment was published under the title More Homes, Fewer Complaints.

Among the recommendations were to provide more comprehensive information to home buyers about Building Control inspections and setting a minimum standard for compliance inspections. I believe the government’s action stemmed from that.

There is much else in that commission’s report with which we in LABC would agree. We have a partnership with an insurance broker to provide an increasingly popular 10-year structural warranty, LABC Warranty, which is an alternative to those provided by others such as NHBC.

The report draws attention to the confusion which often exists as to what is covered by Building Regulations and what by the warranty, and indeed to what is not covered by either – in research we conducted among our member councils, it became clear that many of the complaints they receive do not relate to issues covered by building control. Clearly more needs to be done in clarifying things for the buyers of new homes. The report recommends that the DCLG should commission a thorough review of warranties.

The whole thrust of the report is about giving consumers a fairer deal and improving transparency in home buying. It is recommended that a New Homes Ombudsman is appointed, and that buyers should have the right to inspect properties prior to completion. They should be given a comprehensive information pack at the time of purchase, and the laws governing consumer rights on home purchase should be reviewed.

I hope we will see a further response from the government later in the year, in addition to the changes already made to building control.

LABC fully recognises that if Building Control is to remain an important ingredient of ensuring the quality of new homes then it is essential that the standards achieved by local authorities in delivering a building control service remain high. We have therefore embarked upon a fundamental review of what those standards should be, and, once agreed, we will be doing all we can to ensure our member councils achieve these.

And through our highly regarded LABC Regional and National Building Excellence Awards we will continue to promote and showcase the best that builders can do in achieving quality. This is a vitally important issue where we in the industry must collectively deliver improvements.

Paul F Everall FCIOB is chief executive of the LABC

A guide to employment status in construction