Leader: It’s within our power to change the industry 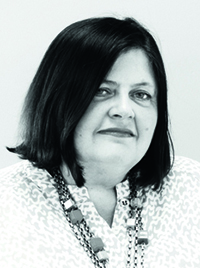 As its title would suggest, Mark Farmer’s report, Modernise or die, makes for grim reading. His government-commissioned analysis of the industry is that long-term demographic changes mean the problems of low productivity, low investment and adversarial relationships that have dogged construction for decades pose a truly existential threat.

What’s more, says the report, the industry is fragmented, with low margins, financial fragility, poor investment in innovation, poor predictability for clients and no coherent leadership.

They’re criticisms we’re painfully familiar with. What’s different this time around is that the industry is facing an unprecedented skills crisis and could see a 20-25% decline in the available labour force within a decade. This is chiefly due to retiring older workers leaving a skills gap that, thanks to Brexit, may no longer be plugged by Eastern European labourers and skilled tradespeople.

Small wonder that the report describes the need to find a home-grown solution as “crucial”. Part of the solution is greater use of modern methods of construction and a radical reform of the CITB. If there isn’t change Farmer is convinced we won’t be able to deliver critical social and physical infrastructure. “If we do not address in short order how the construction industry operates and delivers, we will see a long-term and inexorable decline in its fortunes,” he warns.

As we report, even if we are still managing to get by in terms of workload, the lack of skills is increasingly hitting quality levels. As an aside, there is a wider adoption of quality systems in the ISO 9000 standards, but given the growing evidence of workmanship and quality issues one has to wonder if this is a little more than a box-ticking exercise.

The industry would argue that the boom and bust nature of the sector has sown the seeds of its decline. Although there is some truth in that, there has been for far too long the notion that training is someone else’s problem.

But there are glimmers of hope, a few of them in this issue. Look, for example, at our report on a house builder’s pioneering use of digital construction at a barn conversion in Cambridgeshire. Thousands of pounds have been saved by clash detection and automatic deduction of bills of quantities. New technology has even meant there has been no need for a setting out engineer.

But can this beacon of innovation be replicated in the way the Farmer report so urgently advocates? Will the industry, as Construction Leadership Council chair Andrew Wolstenholme demands, “make this the moment when the recognition that we cannot go on as we are has reached its tipping point”?

The pace of change might not be as fast or as widespread as it needs to be. Yes, government intervention to encourage more modern methods would help. And yes, let’s take a long hard look at whether the CITB needs more reform. But if a house builder converting barns can revolutionise the process and set a benchmark for quality, what’s stopping everyone else?