Expect greater emphasis on buildings to create their own energy, or as Arup puts it, become living and breathing entities. Here are some of the key technologies that could make it happen.

One of the low carbon technologies coming up on the rails is harnessing the fast growing power of algae. A report by the Institution of Mechanical Engineers in 2011 highlighted the potential of growing algae for energy production and suggested maturity of the market within 10-15 years. 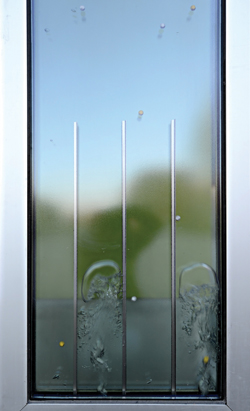 The first prototype building growing algae in its facade opened in Hamburg at the end of March. The result of three years of research and development by Colt International and design work led by Arup’s Berlin office, the BIQ House hothouses algae in glass panels, called “bioreactors”, which are installed on the two sunniest sides of the four-storey building. Nutrient-rich water inside is fed with CO2, which, with sunlight thrown into the mix, allows the algae to grow rapidly. When enough has grown the thick pulpy matter is separated and diverted – “harvested” – to an external biogas plant to be converted to fuel, which the building can use. The panels also capture solar heat to generate hot water and shade the building, as when the sun is strong the algae grows fast.

Algae is also being explored in France, where in January this year French biotech start-up Ennesys launched its first demonstrator system for the “urban algae sector” in the Nanterre district of La Défense in Paris. Under optimum conditions, one hectare (about 2.5 acres) of “photobioreactors” can produce up to 150 tons of algae per year and is thought to reduce water consumption and primary energy needs by up to 80% – savings which can amount to six-figure sums annually for large office towers.

The concept of harnessing algae is also being taken up in the US with proposals for an eco-skyscraper, the Congress Gateway, in Chicago.

Forget panels, the next generation of photovoltaics will be integrated into building materials. Thin film solar panels are already being installed on roofs of buildings, either applied onto the finished roof, or integrated into the roof covering.

But PV technology is set to get even lighter and smaller. Ahead of the pack in this field is Oxford Photovoltaics, which is integrating solar cells into glazing panels to produce what appears to be tinted glass. It has just secured £2m of funding to take the concept from lab to intermediate scale. 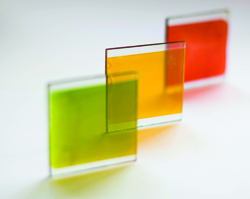 Kevin Arthur, founder and chief executive of the firm, a spin-out from Oxford University, says that the manufacturing process is inexpensive. Printing a layer of the semi-conductor material just 0.001mm thick in the glass would add about 10% to the cost of the facade, but could provide 20% of a building’s energy. “The product will effectively turn buildings into power stations and ultimately we envisage this technology competing directly with grid delivered electricity,” says Arthur. “We are working with glass manufacturers and a number of architects in the premier league — it’s important that we are talking to end users.”

Meanwhile, so-called third generation PVs could become woven into the very molecular make up of facade materials, and even become incorporated into fabrics (so you could be wearing your own battery so to speak) or be incorporated into paint.

Another area of rapid development on the living building theme is turning surfaces, such as walls and pavements and facades, into giant air filters to combat pollution, or materials that can heal themselves.

Humble concrete is getting a high tech makeover. For example, experimental concrete that patches up cracks by itself is undergoing outdoor testing. Scientists at Delft Technical University in the Netherlands have invented the concrete which contains limestone-producing bacteria, which are activated by rainwater working its way into the structure. The new material could potentially increase the service life of the concrete – with cost savings as a result. The main challenge the researchers face is scaling up the technology. To ensure the healing agent is robust enough to survive the mixing process requires applying a coating to the particles, which is expensive. The team hopes to take the product to market in two to three years. 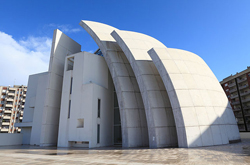 Meanwhile, self-cleaning concrete is already on the market. It uses titanium dioxide to break down unsightly pollution into its chemical constituents, which rain then washes off the walls. One example is the Air France headquarters at Roissy-Charles de Gaulle International Airport near Paris. Another is the Millennium Church in Rome, which uses TX Active, a line of concrete products from Essroc, which harnesses titanium oxide’s pigmentation and photocatalytic properties to produce a bright white, self-cleaning surface.

The idea is being extended to pavements. A study conducted in the Netherlands that used photocatalytic concrete pavers on a section of a busy roadway found that the nitrogen oxide levels were reduced by 25-45%.

Also on the anti-pollution theme, Capita’s Richard McWilliams has been working to bring a new nitrogen oxide-absorbing paint to market in the UK, called KNOxOUT. It uses light energy to break down noxious air pollutants and convert them into harmless substances. Available in some parts of the world it is not yet on sale in the UK, but is being trialled as an art installation Camden, north London.

In the US, scientists at the Massachusetts Institute of Technology have genetically engineered yeast so that it can convert carbon dioxide in the atmosphere into carbonates that can be used as building materials. So far the process has only been successful in the lab and it remains to be seen whether it can be scaled up.

Advances in science are leading to at “least 50-60 cutting-edge materials on the market” and “100 new ones being developed” coming on to the market, says Dr Sascha Peters, of Berlin-based consultancy Haute Innovation. “Oil and gas is running out and we need to think of new sources of plastic,” he says. “All manner of biological processes are now coming about to create new materials which are good for the environment. The focus is on smart surfaces – materials that can do something for us.” 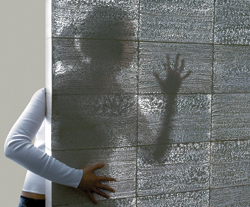 Already on the market or in the pipeline are transparent silica aerogels boasting high insulating qualities, transparent concrete, textiles and composites made from tree bark fleece, chairs actually “grown” into shape from bamboo plants. “I think we’ll see more emphasis on growing materials,” says Peters. He points to research on meta-materials – those that reflect microwaves or light in a way that renders it invisible. So in the more distant future the invisible facade is not beyond the realms of possibility either.