Fees for intervention gets a one star review

Ashfords’ Richard Voke on what the HSE’s Triennial Review says about Fees for Intervention.

The HSE Triennial Review has recently been published with as much fanfare as a civil service report can generate. Apparently it is government policy to have an “independent” review of non-departmental public bodies at least once every three years, so this report should not be viewed as anything more than an established government process.

HSE urged to reconsider Fees for Intervention in DWP-backed review

However, it is hard to have such detachment when it is considered that the HSE has never previously been part of this routine procedure, and that it has had its role examined on a seemingly annual basis – the most recent reviews being the investigations by Lord Young (populist measures of limited use) and Professor Loftstedt (much more credible).

The Triennial Review has decided that the HSE is worthwhile, and that “…. there is real strength and advantage in having a single regulator with a common professional view of work-related health and safety”.  A quick survey of comments on the internet shows that there is great support for this conclusion and for the HSE as a whole. There are many aspects worthy of discussion in the report, such as:

But to continue the theme in my last article, this piece will concentrate on the Review’s damning conclusions concerning Fees for Intervention (FFI).

The introduction of the FFI scheme in late 2012 has had few supporters. Even before the review it was the subject of severe criticism from business groups, unions, and anecdotally from HSE inspectors themselves. In my last article I managed to find one possible benefit, ie the data generated by FFI interventions providing a more accurate insight into health and safety compliance than was the case when HSE visits were just classified as whether enforcement action was taken or not. This can only be regarded as a beneficial side effect, the main intention of FFI being the movement towards self-financing status for the HSE. 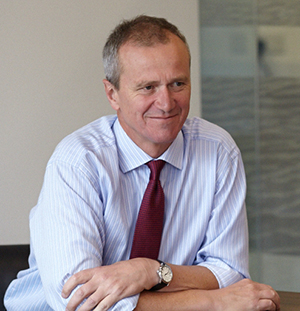 "Before FFI most organisations and commentators believed that the HSE was a trustworthy force for good. Now there is a worry that the transparent need to generate its own income from its activities will erode this authority and trust."

Charging for ‘service’ is not new to the HSE. Industry sectors such as major hazard sites and nuclear installations are very used to paying fees. The big difference between these fee regimes and FFI is that businesses that require licenses or safety reports tend to be large, multi-site and usually multinational, viewing HSE costs (and indeed similar Environment Agency costs) as a type of tax to be budgeted for each year.

However, FFI strikes large and small businesses alike in a much more unpredictable manner. SMEs subject to FFIs are feeling particularly victimised. Serious incidents aside, it cannot be easily anticipated whether an organisation will see a HSE Inspector from year to year. This must lead some organisations who receive visits, while their competitors who behave in the same way do not, to believe that the health and safety regime in this country is arbitrary and unfair. Whether this conclusion is right or wrong is debatable – an organisation with deliberately poor safety standards deserves little sympathy – but FFI can only exacerbate this feeling of victimisation, making the Inspectors’ job more difficult.

Before FFI most organisations and commentators believed that the HSE was a trustworthy force for good in this country, and this was achieved in the face of a constant examination of its role, as described above, and its ever-decreasing budget. Now there is a worry that the transparent need to generate its own income from its activities will erode this authority and trust.

So what does the Triennial Review think about FFI? Some example quotes provide an idea:

“I am very concerned at the strength of feeling from stakeholders that FFI has damaged the HSE’s reputation for acting impartially and independently, and therefore its integrity as a regulator”

“(FFI) is having a negative effect on the relationship between the HSE inspectors and the businesses they inspect.”

It was believed by stakeholders that “it is against the principles of justice for HSE to act as police, prosecutor, judge and jury”. This would fit in with the use of the word ‘fines’ below.

“I recommend that, unless the link between ‘fines’ and funding can be removed or the benefits can be shown to outweigh the detrimental effects, and it is not possible to minimise those effects, FFI should be phased out.”

So, in summary, FFI has been a bit of a public relations disaster for the HSE. There is clear frustration from within the HSE if its representatives are to be listened to. Prospect – which according to its website is the union that represents 1,600 HSE inspectors, HSE specialists and nuclear regulators – states that “we warned about fee for intervention and the government didn’t listen”. It goes on to state that “HSE has lost experienced inspectors because of the cuts and difficulties caused by FFI”. The reasoning behind this last statement is not explicit but the quotes suggest that there is not wholehearted support from within the ranks.

It is clear that the government did not listen to the warnings of the effects before they implemented FFI, it will be interesting to see whether it heeds the comments of its own “independent” report.

Richard Voke is a partner at Ashfords Solicitors and is the head of the firm’s business risk and regulation team. Prior to becoming a solicitor, he spent eight years in the HSE investigating accidents, specialising in the oil and energy sectors.

Contract clinic: ‘Our main contractor is insolvent. Can we stop work?’

Skanska programme to bring career breakers back to construction