How fungus-infested concrete could heal itself 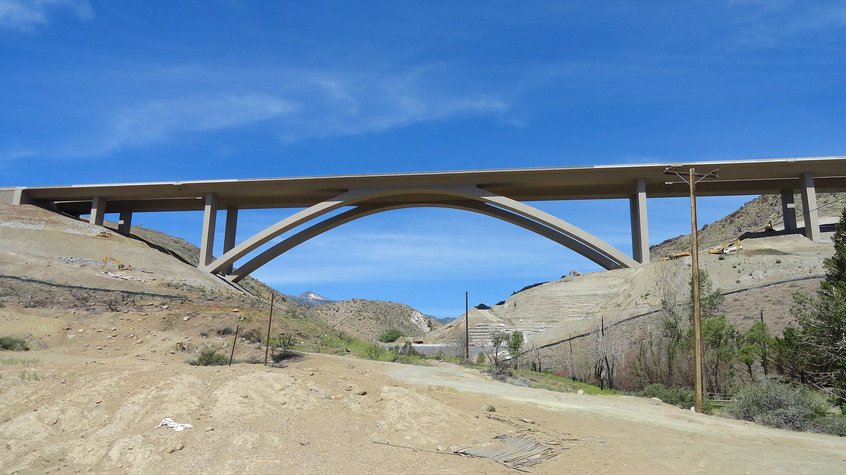 Researchers at an American university may have found a way to use fungus to repair cracks in ageing concrete. If this proves to be true, it could offer an inexpensive way to deal with the widespread underinvestment in the country’s physical infrastructure, especially crumbling bridges.

The idea of using fungus in this way has been developed by engineers at Binghamton University in New York State. The process works by adding the spores of a type of fungus called Trichoderma reesei to the concrete as it is being mixed, together with nutrients. Then, when cracking occurs, this allows water and oxygen to enter the concrete mass, which triggers the spores to germinate.

Trichoderma reesei, a fungal type that was originally found in the Solomon Islands during the Second World War, has the capacity to secrete calcium carbonate, which seals the crack.

Congrui Jin, an assistant professor of mechanical engineering, says the process works by healing the micro-cracks that are the first stage of the weathering process.

“Without proper treatment, cracks tend to progress further and eventually require costly repair,” she said. “If micro-cracks expand and reach the steel reinforcement, not only the concrete will be attacked, but also the reinforcement will be corroded.”

She adds: “This idea was originally inspired by the miraculous ability of the human body to heal itself of cuts, bruises and broken bones. For the damaged skins and tissues, the host will take in nutrients that can produce new substitutes to heal the damaged parts.”

The research is still in its early stages, with the biggest problem being finding a way for the spores to survive the mixing process and lie dormant in the concrete.

Jin said: “There are still significant challenges to bring an efficient self-healing product to the concrete market. In my opinion, further investigation in alternative microorganisms such as fungi and yeasts for the application of self-healing concrete becomes of great potential importance.