Grenfell one year on: how has construction changed? 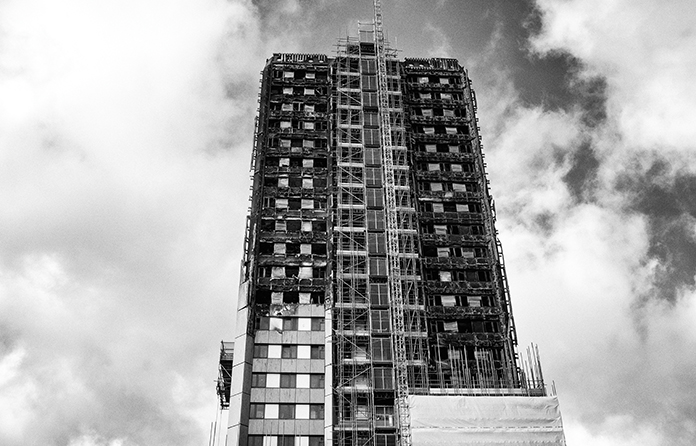 Almost a year has passed since the Grenfell Tower fire. The tragedy set off alarm bells in construction, prompting calls for a culture change and an overhaul of quality management. But how much has really changed? Neil Gerrard and Will Mann speak to figures from across the industry.

The enormity of the tragedy at Grenfell Tower in London prompted a great deal of soul searching within the construction industry.

In all, 71 lives were cut short, sparking a public outcry and triggering an independent inquiry by Dame Judith Hackitt into building regulations and fire safety, as well as a full-blown public inquiry, the first phase of which kicked off on 21 May.

In her final report, published on 17 May, Hackitt said she had uncovered “deep flaws” in the current system and urged a radical rethink. And she warned that a combination of ignorance, indifference, a lack of clarity on responsibilities and inadequate regulation had created a culture issue across the sector, which she described as a “race to the bottom”.

So what, if anything, has changed in the year since the disaster?

Unfortunately, the answer is “not much”, according to Phil Wade, operations director of developer First Base. “There certainly has not been a culture shift, more of a focus on trying to disentangle the myriad conflicting regulations we seem to have created, which is more about ‘rules’ than culture,” he told CM.

But Mark Beard, executive chairman of Beard Construction, has seen a change in attitudes. He said: “Over the last 18 months, there has been a gradual realisation that the quality of what we produce as an industry is unsatisfactory.

“The Grenfell tragedy was the primary event that has driven this change in thinking, but the Scottish schools’ brickwork failings, and more widely the CIOB quality commission has highlighted concern about poor workmanship to our customers and the wider public.”

“Over the last 18 months, there has been a gradual realisation that the quality of what we produce as an industry is unsatisfactory.”

She thinks that Grenfell has sharpened the focus on quality, culture change and the appreciation of risk, at least as far as the Housing Forum’s members are concerned.

“We’ve noticed greater exchange of information and participation in good practice in a number of ways,” she said. “Client members have reviewed procurement methods and cost/quality weightings, piloted contract management to take more ownership of risk and increased their use of clerks of works.

“Developers, contractors and consultants are pushing forward with measures such as value management, requirement of photographic evidence of all fire breaks, increased quality assurance processes and early involvement.”

An overriding view is that quality management needs to improve.

Richard Saxon, former chair of BDP and now an independent consultant, said: “From my point of view as an architect, the big challenge from Grenfell has been to the idea that supervision of the builder by a client representative is not required,” he said.

“I started practice when architects supervised, plus a clerk of works. As design-and-build advanced, one of its arguments was that supervision was no more necessary than in car manufacture: quality control was now built in.”

In his view, that thinking is now discredited: “What is now very obvious, as failure piles on failure, is that the onsite, subcontracted industry cannot control quality or be effectively regulated. We need to reinvent onsite supervision, using new technology, move more to factory-made quality, and restore the golden thread of responsibility from client, through designer to contractor.”

Paul Nash, immediate CIOB past president and chair of its Construction Quality Commission, sees the need for “fundamental change”. There needs to be a better understanding of the behaviours that have been promoting or preventing the delivery of quality, he reasons.

“Over the last year I have spoken to many people in our industry about the issue of quality and what needs to be done to improve it,” Nash said. “Their views are echoed by the findings of our ‘call for evidence’ and point to the need to both improve the way in which quality is taught through the education system, and how it is delivered through the lifecycle of a project. The CIOB is developing solutions that will seek to address both these issues and will be launched later this year.

“One year on from Grenfell I think we have a better understanding of what changes are needed, but to succeed we need to change attitudes to quality in our industry and that will take time, and probably legislation, to make it happen.”

Beard thinks it will be a “long haul” for construction to regain the public trust.

“There has definitely been a heightened focus on external cladding materials, fire protection, fire stopping and the like over the last year, but in my view this is only a start,” he said

“As an industry, we need to voluntarily go beyond what Hackitt demands and radically change our culture to such an extent that ensuring highest possible quality of every element of the building is taken as seriously as ensuring everyone goes home safely.”

Wade believes little can change until business models are fundamentally altered. “Until we break the attitude of ‘minimum cost’ and instil a ‘maximum value’ ethos in parts of our industry, people will always try to find ways to bend the rules and will always find reasons to justify why they are doing it,” he said.

However much change takes place and however quickly, from now on customers will be holding contractors’, architects’ and engineers’ feet to the fire, Beard predicts.

“Customers will increasingly ask us searching questions about how the project team will deliver the expected level of quality,” he said. “We as an industry need to have believable and actionable answers.”

Grenfell has focused the industry at all levels on current practice and where changes for compliance are needed. It has woken up the manufacturers of insulation products and fire barriers. Hopefully the practice of budgeting at realistic level will take away the “value engineering” exercises that take place.

The industry has found that it needs to change its approach to retrofit, but is its approach one of risk reduction or is it taking a real stance on ethical design? Our FM and design departments need to take a realistic look at projects and how they are implemented, with a greater understanding of compartmentalisation and void barriers.

Sadly, I have seen very little change. There are the occasional clients seeking to reintroduce the role of the clerk of works and this has to be a positive step but lack of skilled personnel means this will not be easy to facilitate.

Grenfell has had a profound impact on the digital leaders in our industry. It has steeled their resolve to make sure issues which could have been picked up through model analysis and digital quality checking are taken seriously. The release of PAS1192-6 has been received in a much more serious way.