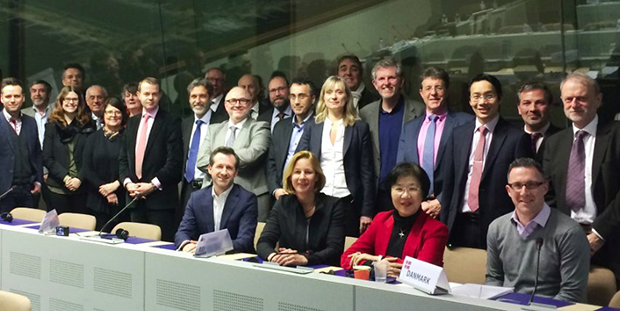 The meeting was co-chaired by Adam Matthews, head of EU and international for the UK government’s BIM Task Group, who told BIM+: “We’re looking to collaborate, align and converge best practice for the introduction of BIM to achieve better value for public money – that’s the central theme of the group.”

He explained that the group has previously met three times on a voluntary basis, but this time it was facilitated by the European Commission, which provided the conference room and interpreters. Further meetings are planned later this year and up to the middle of 2016.

The UK was also represented by Mark Bew, chair of the UK BIM Task Group, and Task Group member Barry Blackwell from the Department for Business, Innovation and Skills.

Matthews added: “The group is currently defining how it will share best practice and converge on the adoption of BIM into the European public estate."

He identified three areas of interest: technical best practice; client leadership; and cultural and people issues, such as skills development and change management.

Two delegates from Hong Kong were also present as observers, with Ada Fung representing the Ministry of Housing and Ivan Ko the local Construction Industry Council. “It shows the level of interest from the Asia Pacific region to collaborate and help create a global common market – it’s becoming a global conversation,” Matthews said.