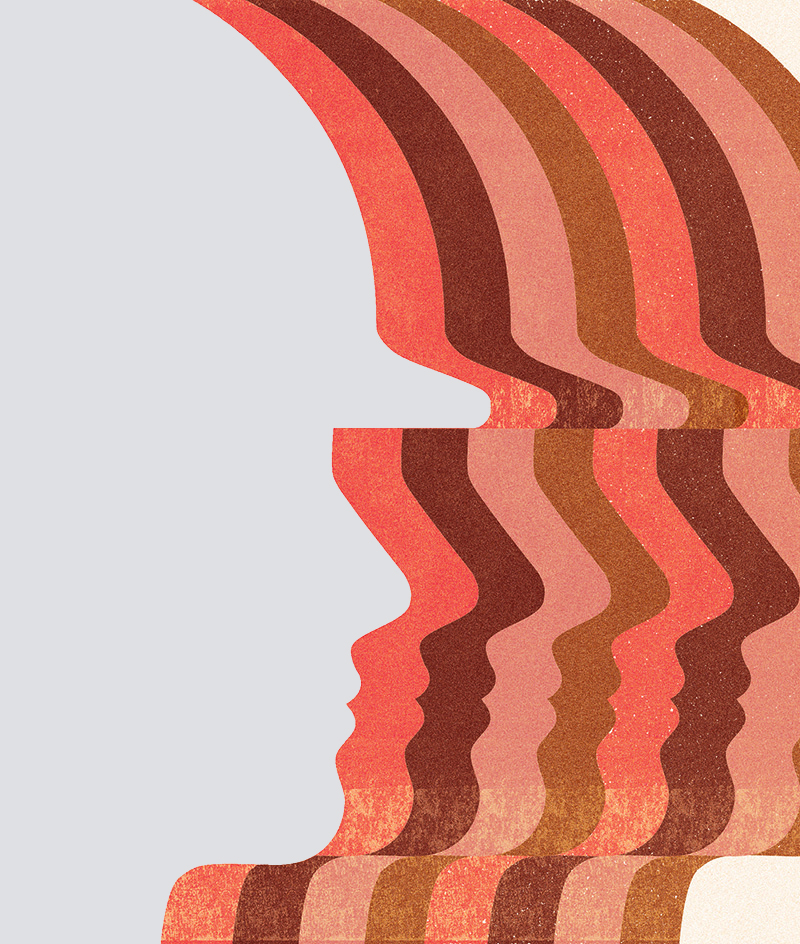 Why are people from ethnic minority groups under-represented in construction? Ahead of the International Day for the Elimination of Racial Discrimination later this month, CM speaks to ethnic minority professionals about their experiences in the industry – and what they think can be done to promote meaningful change.

UK construction is nowhere near inclusive enough when it comes to people from black, Asian and minority ethnic (BAME) backgrounds.

Since the Equality Act of 2010, racial discrimination and the barriers facing people from ethnic minority backgrounds in the workplace have come out into the open – but official figures indicate more work still needs to be done in the built environment sector (see chart below). Construction is not only unrepresentative of the UK at large, it is also missing out on many talented people at a time when the industry has a chronic skills shortage.

So why are so few people from ethnic  minority backgrounds working in construction? Sadly, several people who CM spoke to reported that they had either suffered racial prejudice in the past or are still doing so.

“I have worked for a number of world-leading organisations where I have encountered racial prejudice directly from white managers devised to break me,” says one industry professional from a BAME background, who was reluctant to disclose full details.

Dean Jones, director, strategic projects at Cranfield University, says: “There is a covert form of exclusion which comes in many forms and sometimes from the least likely suspected individuals, which is particularly what I have found – being ignored, not being invited to events, being closely monitored – and there is not much you can do except do the best you can and hope you get acknowledged and appreciated for it at the end.”

According to research from Business in the Community, just 3.4% of all construction managers in the UK are from ethnic minorities. In contrast, based on the most recent census data, 14% of the population comes from ethnic minority groups.

Anjali Pindoria, project surveyor at Avi Contracts and a public speaker on diversity, adds: “I have had some awkward encounters on site with certain questions asked which, within my culture and tradition, would be a big taboo to talk about on an open forum, automatically putting me in a place of discomfort. It’s the norm to many but when you are the minority it is hard to call it out without being seen as the problem-maker.”

She adds: “Not being seen as conventional within the industry proves difficult as you constantly feel like you have to prove yourself, and this is a general consensus among a few of my friends from BAME backgrounds.”

Both agree that companies are slowly waking up to the issue – but warn that efforts to boost inclusion of ethnic minorities in construction need to extend beyond box-ticking or policies that aren’t backed by real action.

“We need to provide leadership to improve the situation,” argues professor Charles Egbu, president of the Chartered Institute of Building (CIOB) and pro-vice chancellor at the University of East London (UEL). “We can learn from those BAMEs who have done well in our industry. We want people from BAME backgrounds to think ‘I have a sense of belonging in this sector and I want to contribute’.”

“Whether on site or off site, construction should have conducive working environments for people from all backgrounds.”

Egbu also calls on construction managers to take responsibility to make sure equality is the norm in their teams. “In the same vein, human resources departments of construction companies have an important role to play in their inclusivity practices for staff recruitment, selection and retention,” he adds.

And he asks why there tend to be more ethnic minorities in consulting than contracting, and what contractors can learn from consultants. “Yes, site level culture can be abrasive which can be an issue for BAMEs. That also is the case for women. But whether on site or off site, construction should have conducive working environments for people from all backgrounds. The CIOB is well placed to show leadership on this as we look to inspire the next generation of construction managers,” he says.

To create those environments, Jones wants to see more a more proactive, positive approach at board level.

“For too long, people have only heard about racism in the context of what not to do, but rarely, if ever, do workplaces promote how their staff can be proactive about the issue,” he says. “I want CEOs, COOs and MDs to consider setting aspirational goals (not quotas or targets) treating diversity as an opportunity to create organisations that people want to work for, not a risk management issue.

“Policies alone won’t bring about change. Organisations need to commit to building a ‘critical mass’ of talented BAME role models at senior board level and drive behaviour change by addressing unconscious bias from the top down. It goes without saying that we need to continue to tackle overt discrimination head-on and unconscious bias is one of the main barriers to equality that simply needs to be addressed.”

And he concludes simply: “Please listen to us and learn.” 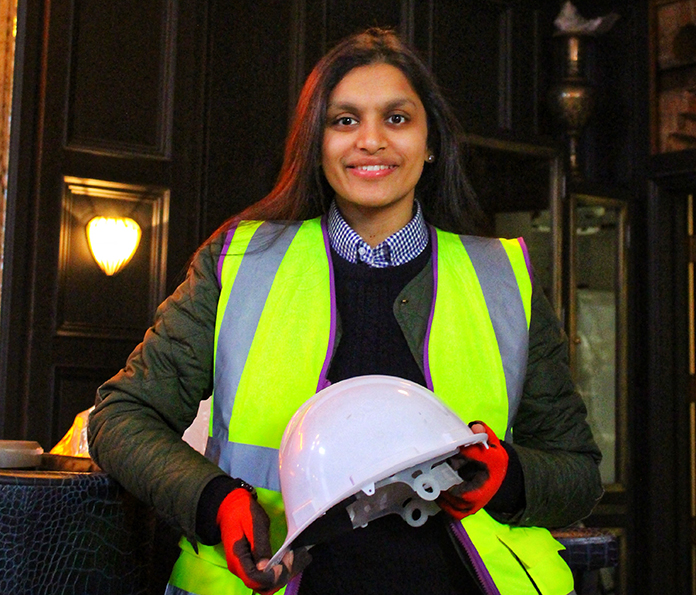 Because I don’t think the industry is fully inclusive, mainly because they’ve never had to cater for us as a workforce. When you look at the industry as a whole, it has always lacked diversity. Within the industry I will either be treated as a daughter, because they see me as a young girl, or their wife, with a more direct approach of telling me how to do things.

“Fortunately, there are now more platforms where I can go and share my experiences on panels and speaking events. It’s about educating people and telling people to be more inclusive towards BAMEs, in order to start to change mindsets.”

But I blame this on the lack of education on how to interact with people you have never worked with. There’s nothing at that level to educate people about cultures and traditions.

You have all these large companies jumping on the bandwagon of diversity and inclusion. You can have all of these procedures to tick the boxes. But to date I have only seen one major contractor start listing out religious celebrations and that’s Mace – because they have a BAME-led network group who are making it visible to the directors that we should be marking religious events.

As far as racial discrimination is concerned, I do think that my generation won’t accept it – but who do we go to without tainting our names, especially as a subcontractor?

Fortunately, there are now more platforms where I can go and share my experiences on panels and speaking events. It’s about educating people and telling people to be more inclusive towards BAMEs, in order to start to change mindsets.

As for who my role models are – they are my dad Chem Naran and my uncle Avi Kara. I have seen them graft from being carpenters to directors, and you can see how they’ve pushed against every barrier that they’ve had.

Having a more diverse group of people building means you are only going to have a better end product – and I think that is key.

I don’t think construction companies are inclusive enough, although I believe the industry has woken up to this.

I also question whether there is in fact a real appetite for change. Most of the organisations I have worked for have provided training via online training portals as part of a structured induction process, but I have only ever attended one classroom awareness training session about what behaviour is unacceptable, including helping staff recognise cultural differences, such as markings.

“Diversity seems to be more of a buzzword and a tick-box exercise in a lot of organisations which is a shame as the current construction workforce in the UK is more culturally diverse than ever before.”

I hear stories from my parents’ and grandparents’ time and sometimes I think: ‘what’s changed?’

Diversity seems to be more of a buzzword and a tick-box exercise in a lot of organisations which is a shame as the current construction workforce in the UK is more culturally diverse than ever before. But the significant lack of racial diversity at the top of these organisations is plainly obvious.

I am proud of my role at Cranfield University. I’m also encouraged that the university values diversity and recognises the new perspectives that this can bring to our working, learning and teaching environment.

My goal is to be a role model and help give BAME employees confidence to bring their true selves to work, celebrate what makes them different and actively encourage BAMEs’ voices to inform change as diversity is a key driver of innovation and is a critical component of being successful on a global scale.

My own role model is Mary Pierre-Harvey, the UK’s first black female director of estates at Oxford Brookes university. Mary and I both previously worked at the Palace of Westminster from 2018 to 2019 as senior managers and shared many of the same experiences.

When I heard that Mary landed the head of estates job – I felt excited, joyful and proud all rolled into one. It was as if I had landed the job.

I see efforts being made in larger companies to be more inclusive towards people from BAME backgrounds, but it still translates as tokenism without real opportunity, inclusion and career progression.

What does racial discrimination look like in construction? Racial prejudice is subtle and discreet: creative ideas being used without involving the person who came up with the ideas, limiting site access and being assigned backroom tasks.

“Racial prejudice is subtle and discreet: creative ideas being used without involving the person who came up with the ideas, limiting site access and being assigned backroom tasks.”

This all limits career progression and barriers are often created to disenfranchise a career and create a negative working environment. Out-of-date HR practices and processes can reinforce the problem.

Unfortunately, there are only a tiny handful of top leaders from minority ethnic backgrounds across most industries – even less in construction – but I do respect Albert Williamson-Taylor, founder of structural and civil engineering consultant AKT II.

I would like to see firms enable conversations on diversity and inclusion at directorial level – and to celebrate a diverse workforce is its proven competitive advantage.

We need to recognise the problem in company culture.

I’ve had more experiences of gender-based discrimination than race-based. For instance, when my black male employee and I went on site together, it was assumed that he was the boss and everyone talked to him first. It was only when my employee turned around to ask me that they realised who the real boss was, and they looked surprised.