Getting that sinking feeling on sustainability… 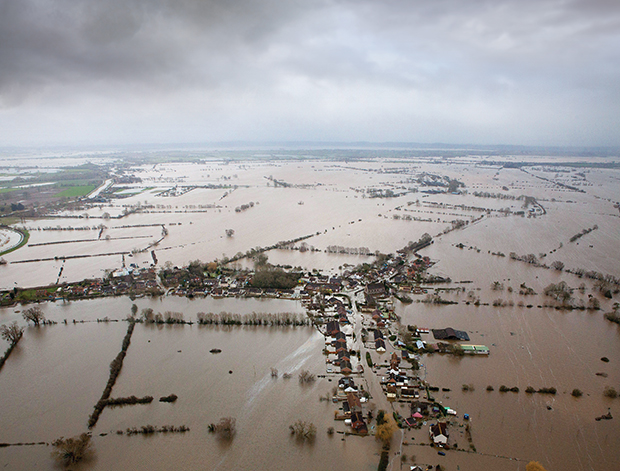 Unpublished Green Construction Board reports on the industry’s carbon, waste and water performance in 2008-12 contain worrying evidence we’re off target for Construction 2025. Is it time to float a BIM-style carbon mandate? Elaine Knutt investigates.

The long-delayed Green Construction Board (GCB) report on the industry’s directly controlled carbon emissions in 2008-12 – still unpublished as of today (2/2/15), although officially “signed off” in June (see Passnotes, below) – reveals an embarrassing own goal: emissions have actually increased in real terms. Two further GCB reports accompanying it are also said to be gloomy reads: the final report on the “Halve Waste to Landfill” campaign is expected to show a near miss on construction and demolition waste, and a failure to hit the target overall; and a report on project-related water usage shows disappointing progress.

So what conclusions can we draw from all this? First, doubts have been cast on the credibility of the finding that carbon emissions in 2008-12 increased in real terms by 2% because of patchiness of the data on which the report was based and the incomplete dataset used to establish the 2008 baseline. In addition, the carbon report was based entirely on returns from members of the UK Contractors Group (UKCG) and Civil Engineering Contractors Association (CECA) – although by no means all of them divulged their data – so it hardly speaks for the entire industry.

Leader: We need to talk about carbon emissions – again

And there are further technical caveats. Charlie Law, former head of environmental management at BAM and chair of the UKCG’s waste group, points out that the Arup-written measurement protocol used in the GCB report is out of step with current thinking on reporting construction emissions, especially as it includes those linked to offsite construction. He also believes the scope of WRAP’s Halve Waste to Landfill target was always unfeasibly wide, as it included soil and excavation waste.

“We knew the scope was wrong as soon as we sat down with DEFRA [the Department for Environment, Food and Rural Affairs] in 2007,” Law suggests.

But with these reservations noted, the general view among the industry professionals CM spoke to is that the reports sound a warning signal for an industry that might not be making as much progress on sustainability as it thinks. And while lack of data may have been a problem, it’s hardly one that lets the industry off the hook. In fact, it has been confirmed by Balfour Beatty head of sustainability and GCB member Paul Toyne that there was less data available (principally from UKCG contractors) in 2012 than in 2008. It seems unlikely that companies with admirable carbon records failed to file returns, so possible that even a statistically flawed report is in step with the true picture.

“The industry needs to take it seriously, regardless of doubts about the data,” agrees Shaun McCarthy OBE, chief executive of the Supply Chain Sustainability School, a partnership supported by 17 of the top 20 contractors to squeeze carbon out of the supply chain. He points out that arguments over measurement methodologies are somewhat arcane when it is not difficult to add up the corporate fuel oil and electricity bills and apply a carbon factor.

“We do tend to make life complicated for ourselves,” he says. “It’s not rocket science. Embodied energy in materials is a complex area, but every contractor should understand their fuel sources and emission factors.”

As for the seven-month-and-counting delay in publication, there is mounting concern that information that could have informed policy and debate in the past six months simply hasn’t been available.

"The construction industry needs to take [the reports] seriously, regardless of doubts about the data."

“You develop policy by knowing what the issues are. It doesn’t help to have reports that are floating in the background and haven’t surfaced,” adds CIOB head of policy and public affairs Eddie Tuttle.

But it looks as if the opportunity to lay a foundation for progress on project-related emissions in the recession has been wasted, despite the oft-repeated mantra that “carbon equals cost”. Without those behaviours in place, what will happen to the industry’s emissions record when output ticks up?

Which brings us to the waterlogged Somerset Levels, the devastating storms last year in Dawlish, the fact that eight of the 10 warmest years since Met Office records began in 1659 have occurred since 2002. “We know, based on what we are told by scientists, that CO2 is harming the planet and its atmosphere, but we are somewhat detached from its consequences in that we do not see a direct link from emissions on a building site,” points out management consultant Trevor Drury of Morecraft Drury. But without a dramatic improvement in carbon performance, an industry that should be contributing to the solution will instead be part of the problem.

CM has obtained a copy of the executive summary of the report on carbon emissions from construction processes (see table, below). It reveals that onsite construction emissions, when normalised against turnover, actually rose by 13% in real terms between 2008 and 2012.

The report’s commentary highlights the data deficit behind the findings: “Although there has been an improvement in corporate reporting terms of emissions from offices and business travel since the 2008 baseline assessment, reporting for individual projects does not seem to have been improved … The amount and quality of data received has decreased since 2008.”

Compiling the reports became the responsibility of the carbon, waste and water subgroups in the GCB’s “Greening the industry” work stream. But with minimal resources, they seem to have relied heavily on work by pre-existing UKCG working groups: the carbon group chaired by BAM senior sustainability adviser Jesse Putzel; the water group chaired by Martin Ballard, group environment manager of Willmott Dixon; and the waste group chaired by BAM’s Charlie Law.