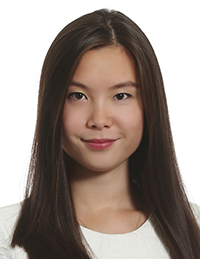 The Technology and Construction Court continues to show its reluctance to depart from commercial contract terms in a recent ruling on the Nine Elms development, writes Tamsin Lim.

Construction contracts typically include terms that allow the employer to deduct liquidated and ascertained damages (LADs) from the contractor if it breaches the contract in a certain way. The employer will most frequently levy LADs on a construction project if the contractor fails to achieve practical completion on time, although the sum payable is determined at the time the contract is entered.

In a recent case, Eco-World v Dobler, the claimant employer/developer had engaged the defendant contractor to design, supply and install facade and glazing works for a building forming part of a development in Nine Elms, London.

The employer’s contractual entitlement to levy LADs arose if works were not completed by the specified date for completion of the whole of the works. However, the parties’ contract required the contractor to complete works in sections and granted the employer partial possession once sectional completion was achieved.

The employer argued that the parties’ failure to agree a reduced rate of LADs following sectional completion of the works constituted a penalty on the contractor, which prevented the LADs clause from being enforced. The court disagreed.

“Failure to provide a genuine pre-estimate of loss when agreeing LADs at the outset of a contract may lead to a contract’s LADs clause being considered a penalty, and therefore unenforceable.”

The court decided that the clause was valid and enforceable as its intended meaning was clear from its drafting, and there was no suggestion that the parties considered this clause to be extravagant or to constitute a penalty when the contract was entered.

At first glance, it may seem strange that an employer disputed the validity of such a clause as the intended beneficiary of LADs. However, as the employer’s contractual entitlement to LADs was capped by the sums agreed when the contract was entered, the court’s ruling on the validity of this clause prevented it from recovering sums in excess of that cap from the contractor as a result of its delay in completing the works.

When does a clause amount to a penalty?

The authority for establishing whether a clause could be considered a penalty spans a century.

While the court in Dunlop v New Garage noted that a clause does not automatically become a penalty because an accurate pre-estimate of loss was impossible at the time of entering the contract, parties must still estimate what loss they anticipate will arise from a breach of contract (including any failure to complete the works on time) when agreeing the rate of LADs payable at the outset of the contract.

Failure to provide a genuine pre-estimate of loss when agreeing LADs at the outset of a contract may lead to a contract’s LADs clause being considered a penalty, and therefore unenforceable. Dunlop v New Garage also established three tests for ascertaining whether a clause that details a pre-estimate of loss amounts to a penalty:

Fast forward a century and the supreme court indicated in Makdessi v Cavendish that while these tests are a useful tool applicable to standard contracts, the true test is whether the remedy is disproportionate to any “legitimate interest” of the innocent party. This reinforces the importance of ensuring that a genuine pre-estimate of loss is made at the point of entering the contract.

While this sentiment was shared by the court in Eco-World v Dobler, it was decided in this case that, on the facts, there was no reason to conclude that the sum of LADs payable under the contract as a result of the contractor’s delay was disproportionate, extravagant or unconscionable.

The Eco-World v Dobler ruling echoes the court’s continuing reliance upon parties’ intentions at the time the contract is entered and a real unwillingness to depart from the ordinary meaning of what is written in the small print when deciding upon any issues of enforceability.

This ruling provides an important lesson for ensuring that the intentions of any party entering a construction contract are thoroughly considered and clearly captured by the express wording of the contract at the outset. Doing so will no doubt avoid considerable time and expense if contract terms are disputed later down the line.

Tamsin Lim is a solicitor and Olivia Jenkins is an associate at Trowers & Hamlins.

‘An architect copied our planning appraisal. What can we do?’