Recent announcements may not have harmed their markets, but the big firms must be careful not to alienate their buyers. 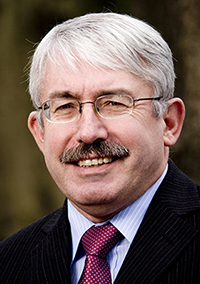 This year we have seen a few “Ratner moments” in the construction industry. A reminder: Ratners Group was the UK’s most successful high street jewellery chain until its chairman Gerald Ratner got up and denigrated its products. He remarked that his store’s earrings were “cheaper than an M&S prawn sandwich but probably wouldn’t last as long”. He wiped £500m off the value of the business, which disappeared from the high street overnight.

Bovis Homes’ admission that it paid £3,000 to persuade homebuyers to move into unfinished homes so it could meet year-end sales numbers has not had the same impact on the business. This is probably because the homes it sells are worth a bit more than a prawn sandwich – but it does show contempt for the customer.

Likewise, the recent announcement by Taylor Wimpey that it is making a £130m provision due the leasehold contracts issued between 2007 and 2011 to cover the “unintended financial consequence and concern that they are causing” is likely to come back and bite the company. These had ground rents that doubled every 10 years. Then you tie that in with its policy of shifting the freeholds on as soon as possible to “third parties”, with the rights of leaseholders to buy the freeholds seriously degraded.

To say this is unintended does push the bounds of credulity. In a recession, these were a way of selling today and getting the profit back in future by securitising the freeholds. The last thing an investor buying the freehold wants is a patchwork of properties, some they own and some they don’t. So it makes sense to use loopholes in the law to frustrate the leaseholders.

“Bovis Homes’ admission that it paid £3,000 to persuade homebuyers to move into unfinished homes so it could meet year-end sales has not had the same impact [as Ratner] on the business – but it does show contempt for the customer.”

Taylor Wimpey is not the only housebuilder doing this but, as this “national scandal”, as MP Peter Bottomley described it, rolls out then it will likely be named.

In early May, the Nationwide Building Society came out in a big way against leaseholds and is not going to give mortgages on new-build where the terms are onerous or unfair. That may prompt changes but is of little consolation to those who have properties that are unsellable.

The rub in to all this is the role of so-called professionals. The All-Party Parliamentary Group on Leasehold Reform heard that homebuyers are often “pressured” into accepting discounts to use recommended professionals such as solicitors and mortgage advisers to complete the deals. In a survey by the Leasehold Knowledge Partnership, 71% of housebuyers used developer-recommended solicitors.

The Conservative MP Andrew Selous told the APPG in April that leaseholds were despicable. He said: “For me, this is a spivvy financial director dreaming up on a wet Thursday afternoon how developers can get another stream of income. We should not be treating homeowners in this way, and I think it is absolutely disgraceful.”

Many would agree. But with unsellable leaseholds becoming more prevalent, we are fast approaching the moment when the comparison with the prawn sandwich becomes a reality.