Changing the industry starts with offsite

If the industry is to deliver our built environment cheaper and more efficiently, it must recognise that offsite manufacturing is an easy first step, says Mark Farmer. 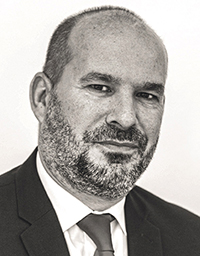 It is now several weeks since my report, Modernise or Die was published. During that time, it has created lots of reaction. There has been an overwhelming rallying call to arms from many which is necessary if we are to change at scale.

It has also stimulated a wider debate on whether the recommendations in some instances go far enough, whether it identifies the right change strategies or uses the appropriate institutional bodies as a means of delivering change. I don’t expect everyone to agree with everything in the report, but the reality is that industry needs to air the issues.

Irrespective of the debate and commentary, I sense something really important is happening on the ground. Since the review was published, I have directly and indirectly become aware of a gathering momentum around some of the key findings of the report. These appear to be focused on how we can deliver construction, and in particular residential development, in a different way.

This is coming from investors, progressive developer clients and those parts of the construction consultancy and contracting supply chain world which recognise that this is indeed an opportunity for change that drives a better outcome for all.

This mood has been catalysed by significant media coverage on “modern methods” or “pre-manufacturing” as I term it in the review. This is starting to move the debate on from post-war “prefabs” to 21st century precision-engineered products. This is also reinforced by emerging government policy which supports the overarching ambitions of the review in relation to using modular techniques to deliver better quality and faster housing.

"There is a need to consider a wider benefits case for early engagement with pre-manufacturing-led providers who will drive more certainty and ultimately they need to provide cheaper, quicker and better-quality results."

We have already seen the government act on my recommendation to review the CITB. I hope this leads to a wholesale reconstitution of the levy/grant system and embraces innovation as well as training.

But unless we fundamentally change the way we build, the CITB reform process will not alone solve the industry’s deep-seated problems regarding lack of predictability and productivity plus its poor image. This is where we need to concentrate on the production process itself rather than how we collect a levy and distribute it.

For me, the process begins with clients and their advisers recognising the importance of design for manufacture and assembly. So-called DfMA is a simple first step “quick win” towards higher efficiency working.

In residential construction, for instance, why do we continue to design bespoke in high delivery risk areas such as kitchens, bathrooms, plant and core areas? If we fix and standardise solutions this will serve to improve both traditional site labour-intensive build techniques as well as more pre-manufactured approaches.

Many of my current conversations with developer and investor clients are about embedding a DfMA strategy that challenges these norms and looks to create a fixed backbone or chassis of design that you can overlay with project-specific design elements and creates an “entry level” approach for possible future consideration of modular construction.

The next evolution in that discussion is then to couple this with the application of a BIM environment. Digital enablement should increasingly be seen as a “go/no go” for team selection if we want to be driving industry improvement.

The final step, and what I admit will be the most challenging, is overcoming cultural and behavioural blockers linked to traditional tendering and “lowest cost” rather than collaboration. There is a need to consider a wider benefits case for early engagement with pre-manufacturing-led providers who will drive more certainty and ultimately they need to provide cheaper, quicker and better-quality results.

Unfortunately, the capacity does not exist at the moment in the UK to fulfil the latent and emerging demand for offsite solutions that I have seen develop in the last few months. We stand the risk of over-running a limited capacity market just as we have in the traditional construction sector over the last three years, leading to delivery failure and cost inflation.

The government therefore needs to help pump prime this sector and create the right demand conditions through its housing policy and industry strategy for further investment.

Despite early barriers, you will have already seen major market disruption looming from the likes of Legal & General. Having been involved with their plans, I can assure you that the scale of this move alone significantly threatens the status quo of the traditional real estate and construction market, albeit it won’t structurally change the industry without others coming in behind.

It is important to note that I recognise that a large amount of the industry’s output will always be delivered “traditionally”, so such changes are not a threat to the existence of traditional tradesmen in any shape or form. However, I would suggest that there is the ability to take the pressure off some of the key trades by establishing alternative approaches to delivery that reduce site labour needs.

In addition, there could be a growing option for some trades to work within more controlled “manufacturing” conditions delivering higher-productivity traditional working away from the site.

Mark Farmer is founding director and CEO of Cast