CDM 2015 spells safety first – for designers and their PI insurers

Solicitor May Looi of law firm Kennedys looks at the additional risks for designers – and their insurers – under CDM 2015. 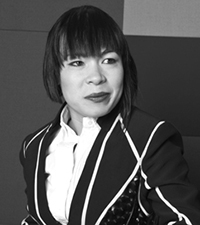 From 6 April 2015, the CDM Regulations 2015 will bring a wholesale change to the accepted status quo. The CDM coordinator role will be abolished, to be replaced by a “Principal Designer” (PD) role (except for projects where, pre-6 April 2015, a CDM coordinator has been appointed and the construction phase has started).

The PD must be appointed by the client, in writing, at the pre-construction phase and will take on the health and safety coordination role previously embodied by the CDM coordinator. This will lead to an increase in risks of liability for the design team member taking on this role, as discussed below.

Clients to seek ‘workarounds’ to manage risks under CDM 2015

The PD must be a “designer” within the meaning of the regulations. A designer is an organisation or individual who prepares or modifies a design for a construction project, or arranges or instructs someone else to do so. A typical CDM coordinator does not (nor do they have the skill to) undertake any design obligations and therefore is unlikely to qualify as a PD.

Conversely, designers – to whom this PD would fall – do not presently possess the necessary skills to undertake the comprehensive health and safety coordination duties required by this role. Discussions with construction professionals on this topic unsurprisingly reveal an intention to subcontract this role to former CDM coordinators.

What are the PD’s obligations?

The obligations of the PD under the 2015 regulations are wide-ranging, including planning, managing and monitoring the pre-construction phase, and coordinating the pre-construction phase to ensure that, so far as is reasonable practicable, the project is carried out without health and safety risks, applying principles of avoiding risks and taking proportionate measures to combat unavoidable risks.

This role does not terminate when construction commences. The PD’s obligations carry on throughout the construction process for design work, and the compilation of the health and safety file.

Why should this matter to PI insurers?

The PD role will be undertaken by one of the design team members. In the majority of cases, it will be undertaken by the lead designer, usually the architect. In the current economic climate, it is unlikely that a professional can simply refuse all clients’ requests to take on this role, particularly as clients will likely see it simply as an extension to their current lead designer coordination role.

A contractual claim for damages for breach of obligations under a PD appointment will in principle fall within damages for the scope of a typical “civil liability” PI policy for professionals. Such damages could arise due to delay to a project following an avoidable accident, costs of rectifying any damage to the works and, as important, the injury suffered.

There is the additional prospect of enforcement steps by the HSE for any breaches of the PD’s statutory obligations, primarily via improvement or prohibition notices and/or withdrawal of licences or authorisation for the project concerned (leading to further delays and consequential losses claimed against the PD), or in an extreme case, prosecution against the PD.

Kennedys is holding a seminar on the legal and contract issues arising from CDM Regulations 2015 on 21 April. For further information or to attend, please email [email protected]

Yet the construction professional’s lack of skill and experience for this role increases the risk of such a breach occurring if they carry out the role themselves without subcontracting it. Whilst a PD appointed from the design team is likely to subcontract this role, any liability will be borne by the designer in the first instance, to then be passed down to the subconsultant, with the inevitable legal costs and potential shortfall in recovery that accompanies this.

There are some steps that can be used to minimise (but not eliminate) the risk of liability in this new PD role, where appointed. For example, ensuring the professional is not taking on more obligations than the statute requires and that there are appropriate express limitations and exclusions, such as excluding any design obligations (particularly over other designers’ design) and avoiding strict obligations (some of the 2015 regulations could be read as strict obligations).

There are other steps, such as cross-indemnities, which can also seek to limit the scope of the professional’s potential liability further in this role. Ensuring that any CDM subcontractor has appropriate insurance would be another safety valve.

Insurers and insureds will want to consider the extent that the PD obligations (or their breach) as set out in the 2015 regulations – and soon to be implemented by way of written appointments – will fall within the policy wordings as presently drafted and whether any policy amendments (eg rewording relevant exclusions) is required.

May Looi is a senior associate at international law firm, Kennedys, specialising in construction and construction insurance