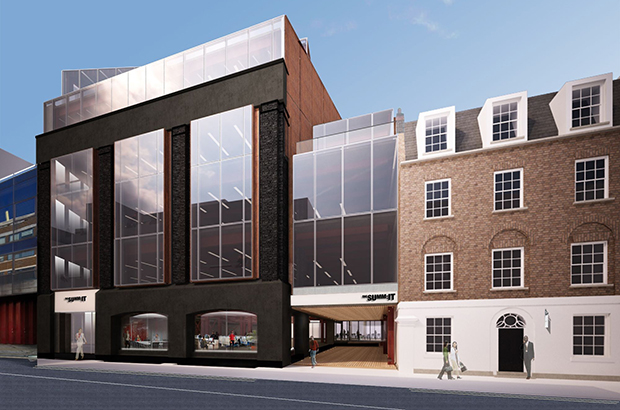 Summit House is being transformed by Willmott Dixon from a 1980s office block in London’s City. It is scheduled to complete in August 2016

Low Carbon Workplace, an initiative from the Carbon Trust, property developer Stanhope and asset manager Columbia Threadneedle to convert standard office buildings into low carbon flagships, has plans to triple its portfolio to around 25 buildings.

Four of these are now refurbished and fully let with another four set for completion in 2016.

These include Summit House, a seven-storey development in Spitalfields currently being converted by Willmott Dixon.

Low Carbon Workplace sets a base criteria of raising a building’s energy efficiency to an EPC rating of B and a BREEAM rating of “excellent”.

The Carbon Trust’s Bruno Gardner, managing director of the Low Carbon Workplace, told Construction Manager: “We were frustrated with the lack of progress in making energy efficient conversions of workplaces commonplace, so we set up to prove that it could be done by doing it ourselves.

The fund is achieving good returns and is targeting a growth phase, added Gardner. “We aim to continue getting more investment and finding more properties to refurbish as we don’t feel we are at a steady state yet. Currently we aspire to have three times as many properties. Ultimate success will be to grow the fund and accelerate the industry’s drive towards efficiency.”

But he stressed that the fund’s projects are pragmatically green, rather than at sustainability’s leading edge. “As we operate as a commercial property fund we have to work without going beyond the bounds of commercial viability, we have to make intelligent pragmatic decisions, we can’t just cover the building in green bling.

“Although it is laudable when people aim to build the most energy efficient building possible, this is usually in a situation when money is no object. But in the real world these cases are in a minority. To achieve the top ratings of EPC A and BREEAM ‘outstanding’, you really have to spend a lot of money,” he acknowledged.

Another unique factor, according to Gardner, is that after the building is occupied, the users get continued support from the Carbon Trust, with the tenants having to sign up to the organisation’s charter.