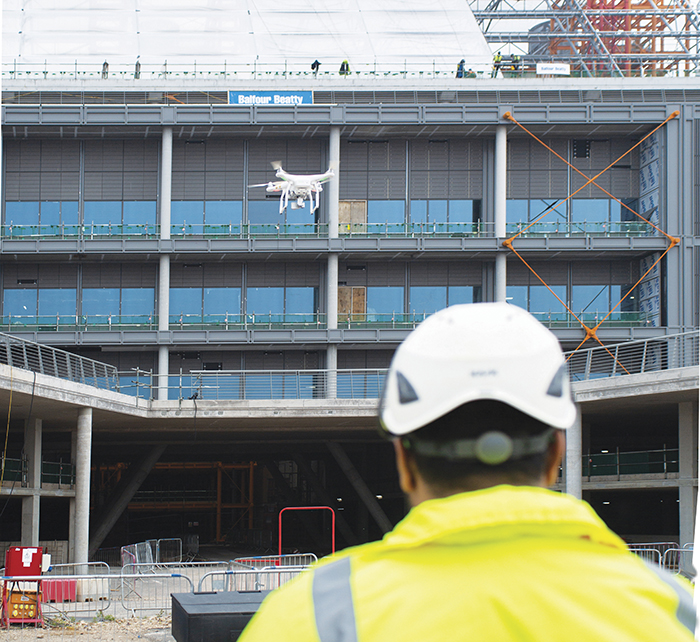 Falls from height are still construction’s biggest killer. Neil Gerrard talks to experts about how to make working at height safer, and how data and technology can play a role.

The UK may enjoy some of the lowest workplace fatality and serious injury rates in the European Union, but falls from height were still the single biggest cause of fatal injuries to workers between 2013 and 2018.

“The nature of construction – and more broadly across support services – is such that falls from height are often seen as a risk that will always be with us and to an extent that is obviously true; after all, what goes up has a habit of wanting to come back down again,” says Gary Carvell, health, safety, quality and environment director for Vinci Construction UK.

But that doesn’t mean that concerted efforts aren’t being made to further reduce the number of falls from height that occur in the sector, addressing not just the way in which the way in which the work is planned, carried out and regulated, but in some cases harnessing new technology to take the risk out of the process altogether.

“The use of drones allows us to inspect things without sending people up at height, preventing potential injuries,” says Heather Bryant.

Recently, the company has been using the technology on the construction of a 13.6-mile section of smart motorway on the M6 between Coventry and Coleshill.

Balfour has been trialling new drone the Phantom 4 RTK on the scheme, using supplier Heliguy, for mapping, aerial shots, and measuring earthworks and stockpiles at its recycling depot on junction 2.

“The drones help unbelievably with health and safety, taking people out of dangerous situations,” says Wayne Hughes, the firm’s principal UAS (unmanned aircraft system) pilot. “It means that we haven’t got people climbing over stockpiles. Instead, the drones can fly over the site and generate a model afterwards, which we can review in the office.”

“We believe the best way to reduce falls from height is to eliminate the risk in the first place. This means collaboration with designers, clients and contractors throughout the pre-construction process,” says Heather Bryant, Balfour Beatty’s health safety environment and sustainability director.

The fact that the issue remains high on the agenda can be seen from the conclusion of an inquiry by the All-Party Parliamentary Group (APPG) on Working at Height, led by Alison Thewliss, which has recommended a series of measures to drive down accidents, including enhanced reporting through RIDDOR (at a minimum recording the scale of a fall, the method used and the circumstances) and the creation of a new independent body to oversee confidential and digital reporting of the causes of near misses.

The International Powered Access Federation (IPAF), one of the organisations to give evidence to the inquiry, sees better collection and interpretation of data as key to improving safety.

“IPAF already employs many of the recommendations from the APPG inquiry, such as the reporting of accidents and near misses in order to learn more about the causes of falls from height, as well as promoting safety campaigns to help employers raise awareness around safe working at height,” says IPAF UK market general manager Richard Whiting.

His colleague Andrew Delahunt, director of technical and safety, cites the example of how data gleaned in such a way revealed to IPAF that accidents involving mobile elevating work platforms (MEWPs) usually involved poor planning, which helped it to inform a targeted safety campaign.

IPAF also strongly advocates using the correct equipment for the job, which is a point that Steve Coppin, associate technical director at Arcadis who also sits on the BIM4Safety group, reinforces. “Making work at height equipment a legal requirement on all new buildings and redevelopment projects, with a minimum standard set in Building Regulations, would significantly impact on these entirely preventable incidents,” he says.

“Of course, this would impact budgets and as such it would also be sensible to offer tax relief for businesses actively involved in work at height equipment to protect their personnel,” he adds.

For Gary Walpole, health, safety and environment officer at the National Federation of Roofing Contractors (NFRC), it’s not just a matter of equipment but of competency.

According to Walpole, one of the key issues is not that the regulations themselves are not fit for purpose to prevent accidents, but that there isn’t enough awareness of who is qualified to work at height. “Commercial clients and building owners need a better understanding of their legal responsibility when selecting suitable contractors for works at height,” he says.

To this end, the NFRC has developed the RoofCERT accreditation which proves to clients that they can carry out work safely, and it claims to have won support from some tier 1 contractors and housebuilders, although Walpole admits that the challenge is most acute when it comes to domestic work. 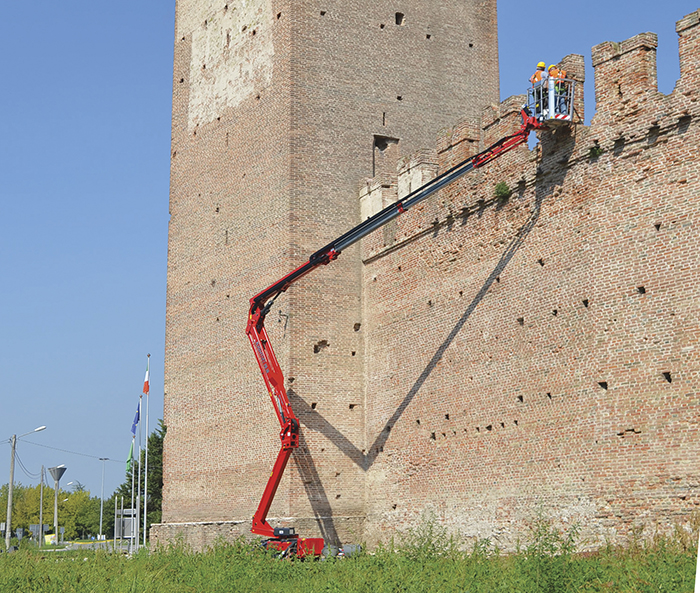 Meanwhile, the National Access and Scaffolding Confederation (NASC) is launching scaffold awareness training for other trades, to offer them advice on how to work at height safely.

The move comes partly in response to a “blip” in the number of accidents among its members in the sector in 2018, after years of improving levels of safety. While there were no fatalities among NASC members for a sixth year in a row, there was a 27% increase in total incidents to 113. That was partly down to an increasing number of contractors operating in the sector but a spokesman also warned that while its members tended to work very safely on scaffolds, other trades were less aware of the dangers.

“Our scaffolding operatives know how to work at height safely but do other trades like bricklayers, plasterers or window fitters? We often find that our scaffolders will put a scaffold up and come to review it and find that other people have made alterations. That is why we want to promote general training for how to work at height safely,” he says.

In the civil engineering sector, Civil Engineering Contractors Association (CECA) chief executive Alasdair Reisner sees workers as less susceptible to the dangers of working at height than those in other areas, saying that infrastructure projects are generally better planned.

Nonetheless, CECA is supporting the work of the Managing Risk Well working group – part of the HSE’s Construction Industry Advisory Committee (CONIAC) – to produce enabling documents aimed at enhancing the level of information made available to a range of stakeholders who work at height. 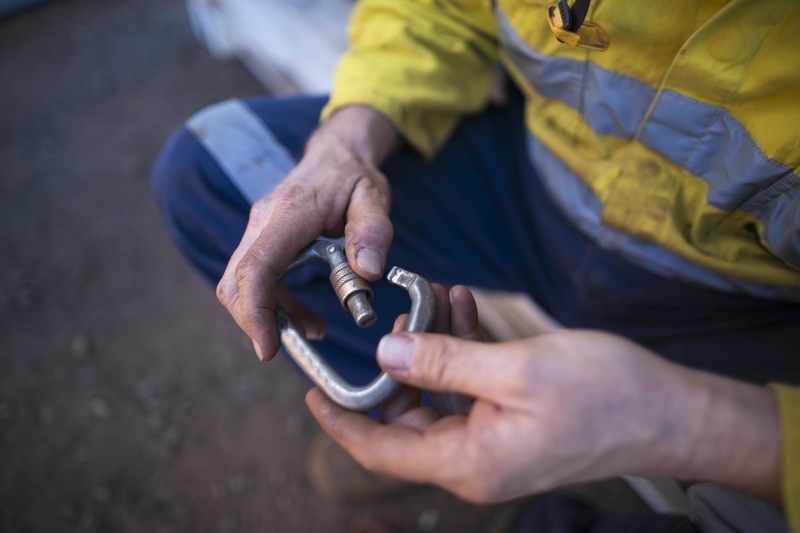 Reisner is keen to see the adoption of new technology as a means of driving down the number of falls. “Automated and remote-control working is becoming more common and these methods can be used where previously personnel would have to operate. The use of building information modelling (BIM) can also be used to help identify risks that are not always obvious and risk mitigation measures can then be implemented early on,” he adds.

Reisner also advocates the use of drones for inspection and surveying work in difficult-to-reach areas, as well as virtual reality training to introduce the workforce to potentially hazardous scenarios in a safe environment.