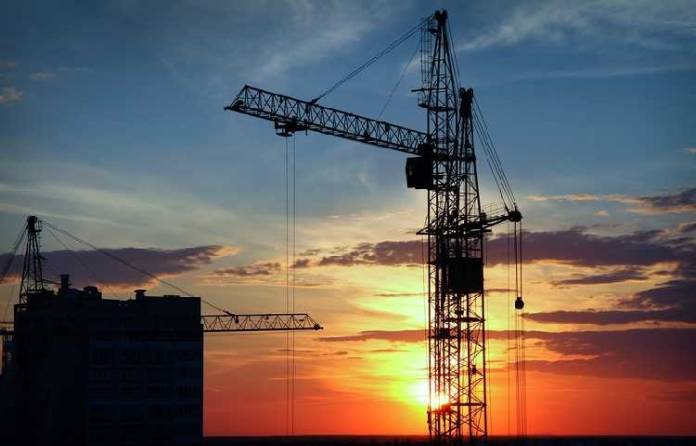 Construction buyers have reported the sharpest fall in construction output since March 2018, as lower volumes of commercial and civil engineering work offset a modest increase in house building.

That’s according to the latest IHS Markit/CIPS UK Construction Activity Index, which reported a score of 48.6 in May, down from 50.5 in April, where anything below 50.0 represents a fall in activity.

It is the lowest reading since the snow-related downturn in construction output during March 2018.

The survey also found that new orders have decreased across the sector, with respondents reporting that subdued economic conditions had led to project delays and fewer tender opportunities. 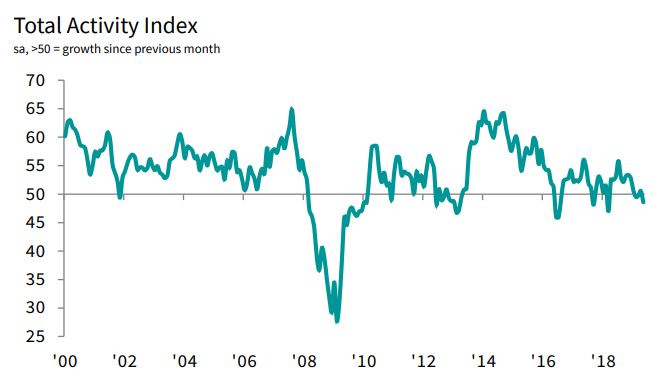 Commercial building was the weakest area of construction activity in May, according to the survey, with the biggest dip in output since September 2017. Respondents “widely commented” that clients were holding back on major spending decisions in response to Brexit uncertainty and concerns about the economic outlook.

When it came to the fall in civil engineering activity, construction firms cited constrained client budgets and a “headwind from domestic political uncertainty”.

Meanwhile, residential work expanded in May but at its weakest pace in three months.

Tim Moore, associate director at IHS Markit, said: “May data reveals another setback for the UK construction sector as output and new orders both declined to the greatest extent since the first quarter of 2018. Survey respondents attributed lower workloads to ongoing political and economic uncertainty, which has led to widespread delays with spending decisions and encouraged risk aversion among clients.

Duncan Brock, group director at the Chartered Institute of Procurement & Supply added: “A fragile dreariness descended on the sector this month with lower workloads leading to the fastest decline in purchasing of construction materials since September 2017. With the continuing uncertainty around Brexit and instabilities in the UK economy, client indecision affected new orders which fell at their fastest since March 2018 and particularly affected commercial activity.”

But Phil Harris, director at BLP Insurance said there were positives beyond the Brexit uncertainty: “Despite last month’s bounce back into expansion territory, it was unsurprising to see a significant drop in today’s PMI figures under a cloud of continued political turmoil.

“Nevertheless, market fundamentals continue to remain positive. The planning pipeline for the residential sector is healthy, and a promising year-on-year boost in value (over 25%) for onsite office projects in the past few months could be a long-awaited inflexion point in the three-year commercial lull.

“Build to Rent (BTR) also continues to flourish. Significant deals this month totalling £190m are a shot in the arm for the modular construction sector and will bring a needed investment boost to the UK BTR market and welcome offsite expertise from abroad.”