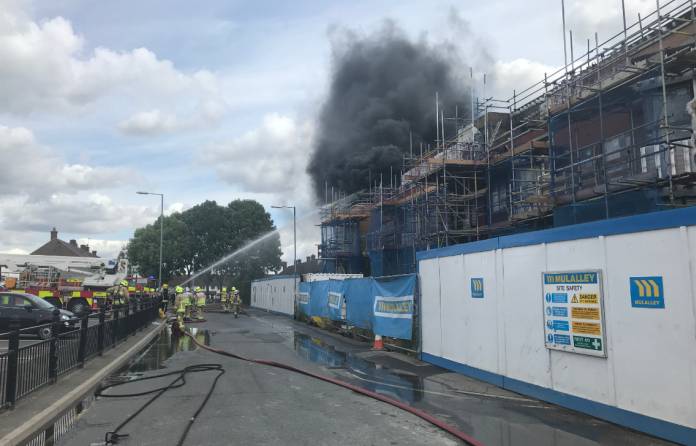 There were no reported injuries following the fire at a site on Burton Road in Loughton, Essex, where Mullalley was building flats for Epping Forest District Council.

The design-and-build scheme, comprising 51 affordable rent units, is thought to be a masonry structure.

A total of seven fire appliances were called the scene just after 11am on Friday (17 August), including one with an aerial ladder platform to help firefighters tackle the blaze at the three-storey building.

It was extinguished by 115pm that afternoon and the cause of the fire is now being investigated.

Crew manager Ryan Fernandes said: "Work was being carried out by builders on the roof of the site and this where the fire started.

"Initially we did not know if anyone was trapped, but soon confirmed that everyone had evacuated and began fighting the fire both from above and below.

"Crews worked incredibly hard to stop the fire spreading and quickly brought it under control."

Council leader Chris Whitebread said: "The development is being built for us by Mulalley – a large construction company with a long and successful track record of building major projects. It is too early to say what caused the fire."

"You can always rebuild bricks and mortar, the important thing is that everyone appears to be safe and the fire is now out."