CDM: From April it’s the principal that counts 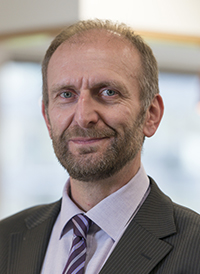 The updated Construction (Design and Management) Regulations 2015 come into force on 6 April, and will apply to all building and construction works.

The new regulations place a large focus on clients’ roles and liabilities. Clients must set out clear expectations and arrangements for how health and safety will be managed on a project at the earliest opportunity.

In particular there is a duty to notify and ensure “appropriate” provisions take place, including the requirement to check the principal contractor’s construction phase plan – this is a duty that previously lay with the CDM coordinator (panel, below).

Clients must appoint a principal designer and a principal contractor when more than one contractor will be working on a project at any time. Should the client not make the appointments in writing – for instance, if they rely on oral agreements – they will be legally responsible for fulfilling that parties’ duties.

And when written appointments are made, clients will still be legally obliged to ensure appointees not only have the “skills, knowledge, experience and training” (SKET) for their specific roles, but are fulfilling their relevant duties.

For projects that start before 6 April 2015, where the construction phase has not yet begun and the client has not yet appointed a CDM coordinator, the client must appoint a principal designer as soon as is practicable.

During the period it takes to appoint the principal designer, the appointed CDM coordinator should comply with the duties in schedule 4 of the CDM 2015 regulations. (These reflect the existing CDM 2007 requirements for the CDM coordinator).

If any projects started before 6 April 2015 are likely to be completed after the 5 October, clients must ensure that the current CDM coordinators have the necessary skills, knowledge and experience to fulfil the duties of a principal designer relevant to the project. If not, the client will have to replace them with someone or an organisation who does.

When appointing duty holders, the Health and Safety Executive and the industry’s CONIAC guidance (published by the Construction Industry Training Board) both recommend using Safety Schemes in Procurement (SSIP) or publicly available specification 91 (PAS 91), both of which we understand are being modified to factor in SKET for each duty holder, in particular for the principal designer.

Following criticism that the CDM 2007 approved code of practice had “gold plated” standards to above those legally required, the HSE is reluctant to stipulate specific skills, knowledge and experience the principal designer should have.

The regulations define principal designer as “the designer appointed under regulation 5(1)(a) to perform the specified duties in regulations 11 and 12”, while “designers” includes anyone who: “prepares or modifies a design; or arranges for, or instructs, any person under their control to do so”.

Meanwhile, the definition in the CITB-published draft industry guidance says: “The principal designer must be a designer on the project and be in a position to have control over the design and planning stage. This will usually be an organisation or, on smaller projects, an individual with:

But the CITB-published CONIAC guidance also says the role can be combined with others, such as that of project manager.

These sometimes contradictory definitions leave ambiguity for clients, and one can foresee a range of options:

Example 1: A surveying consultancy with in-house construction health and safety,  and design expertise, but independent of the designers, is appointed as principal designer until project completion.

Example 2: The architect is appointed as principal designer until project completion, but chooses to outsource health and safety co-ordination until they update their systems and upskill their team.

Example 3: The architect or a consultancy with in-house construction health and safety, and design expertise is appointed as principal designer until the end of concept design stage, when the principal contractor takes on the role.

Example 4: The principal contractor takes on the role of project designer from the concept design stage until completion.

Example 5: The client that follows 2, 3 and 4 above but does not have in-house expertise appoints an independent construction health and safety adviser.

The client must arrange for the management of health and safety through the planning, design and construction phases of the project, and ensure sufficient information is provided in the health and safety file for the lifecycle of the facility, building or structure.

Appointing the principal designer earlier than the current CDM coordinator, together with clients having the clout and teeth to plan, manage, monitor and control health and safety information, should be a huge benefit to the industry.