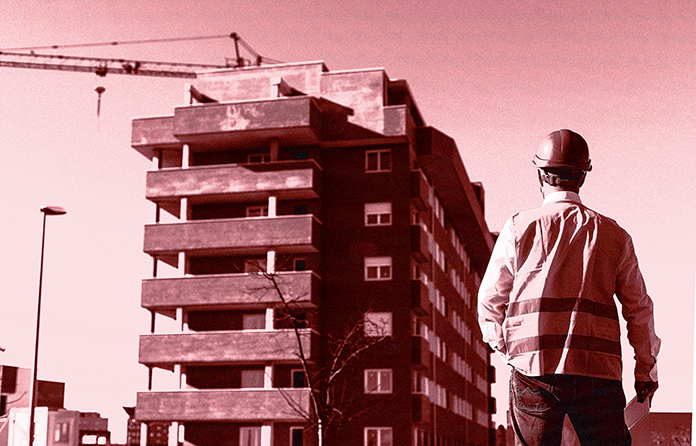 A recent court of appeal decision clarified whether approved inspectors owe a duty of care under the Defective Premises Act. By Jonathan Spencer and Eve Emery.

There has been a surge in cladding-related claims since the tragic Grenfell Tower fire of June 2017.

One recent case, Lessees and Management Company of Herons Court v NHBC Building Control Services, considered the liability of those exercising building control functions under the Defective Premises Act 1972 (DPA), specifically in the context of an approved inspector (AI).

Section one of the DPA imposes a duty on those “taking on work for or in connection with the provision of a dwelling” to ensure that the work carried out is done in a workmanlike, or professional manner, so that the dwelling is fit for habitation when completed.

The central issue in Herons Court, a residential development in Radlett, Hertfordshire, was whether the respondent AI had incorrectly certified a block of flats as compliant with the Building Regulations, in breach of the DPA. This was in circumstances where the lessees had raised various compliance issues, including fire safety breaches.

The court of appeal held that section one of the DPA does not apply to AIs, and that it applies only to those who positively contribute towards the creation of a dwelling, that is contractors, architects and engineers.

“The court of appeal held that section one of the Defective Premises Act does not apply to approved inspectors, and that it only applies to those who positively contribute to the creation of a dwelling.”

In contrast, building control ensures that the dwelling is legal and properly certified, but does not positively contribute to the provision of a dwelling. The court further clarified that, firstly, an AI has no statutory power to order changes to be made to plans for works, and secondly, an AI’s role is limited to the negative regulatory role of checking the compliance of an existing building against set criteria.

It was therefore concluded that an AI’s function is far removed from the “provision of a dwelling”, as detailed in section one of the DPA.

The court confirmed that the landmark case of Murphy v Brentwood is a highly persuasive authority in support of the position that a local authority does not owe a duty under section one of the DPA 1972 in the exercise of its building control functions.

Notwithstanding the differences between AIs and their local authority counterparts, it was concluded that in the context of liability under section one of the DPA, and the application of Murphy v Brentwood, no distinction can be drawn between the position of a local authority or an AI performing building control functions.

AIs and insurers will welcome this decision as authority on the scope of duty owed under the DPA. It has reaffirmed the position in Murphy v Brentwood and, therefore, leaves significant hurdles for claims against AIs under the DPA.

That said, there is a key difference between AIs and local authority building control: AIs are engaged under a professional appointment.

Therefore, while Herons Court limits the scope for claims under the DPA, a party with a direct contractual relationship with an AI still has the ability to bring an action for losses it may have suffered.

It has been reported that, since Grenfell, AIs have struggled to find insurance cover and, as a result, a number have been forced to stop work. It remains to be seen whether or not this decision will change insurers’ appetite, or willingness, to provide cover for them.